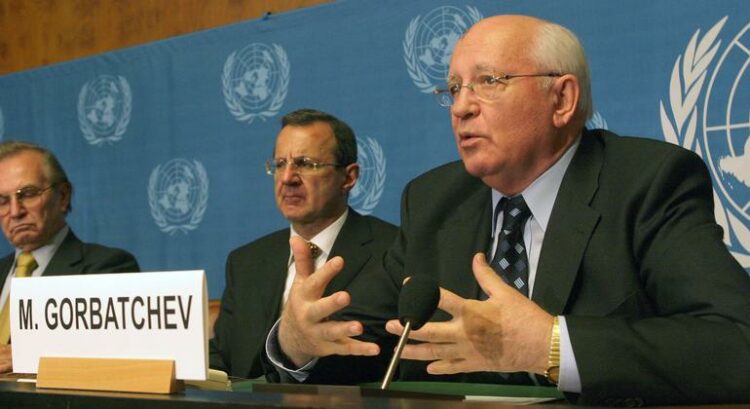 “The world has lost an outstanding world leader, a committed multilateralist and a tireless peace advocate“, He said General secretary of the United Nations upon hearing the news of the death of Mikhail Gorbachev, which occurred on Tuesday.

António Guterres expressed his sadness at the loss of “a unique statesman who changed the course of history” and stated that the last Soviet leader “did more than any other individual to bring a peaceful end to the Cold War”.

Mikhail Gorbachev led the Soviet Union in 1985 under the banner of the “perestroika”, a reformist program to reactivate the economy and modernize the political system.

His tenure at the head of the power led to the dissolution of the Soviet Union, marking the end of seven decades of communist rule and the period of global tension caused by the Cold War.

Over a period of six years, Gorbachev negotiated with the then president of the United States, Ronald Reagan, the Intermediate Nuclear Weapons Treaty, to eliminate this class of missiles, in addition to withdraw Soviet troops from Afghanistan.

His policies also triggered the breakdown of the Warsaw Pactan alliance signed after World War II between the Soviet Union, Poland, Czechoslovakia, the German Democratic Republic, Hungary, Romania, Bulgaria, and Albania to defend each other and confront the North Atlantic Treaty Organization (NATO).

In 1990, Gorbachev received the Nobel Peace Prize – which earned him domestic criticism and international praise – for his leading role in “the radical changes in East-West relations”, according to the words of the judges.

António Guterres recalled that upon receiving the award, Gorbachev pointed out that “peace is not unity in similarity, but unity in diversity”.

The head of the UN considered that Gorbachev “put this vital idea into practice following the path of negotiation, reform, transparency and disarmament”.

Communist Party elements unhappy with perestroika attempted a Soviet military-backed coup in 1991 in Moscow and Gorbachev was arrested while vacationing in the Black Sea, but the party’s leader in turn, Boris Yeltsin ended the uprising, which led to Gorbachev’s removal from power and the dissolution of the Soviet Union.

The UN Secretary-General praised the spirit of Gorbachev, who founded the environmental organization Cruz Verde Internacional in 1993. “He accepted a new challenge just as vital to the well-being of humanity: to create a sustainable future by cultivating harmonious relationships between humans and the environment,” he noted.