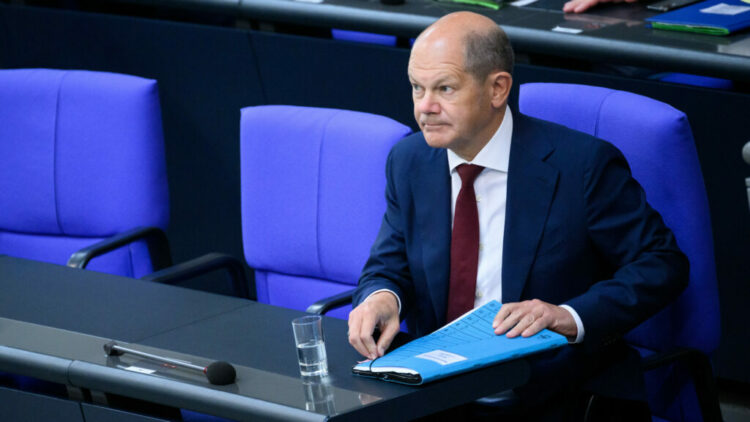 The International Monetary Fund (IMF) he has drastically lowered its growth forecasts as a result of the impact of the war in Ukraine and of impact of high energy pricesaccording to the institution in its annual report ‘Article IV’ of the largest European economy, which could suffer “a considerable impact” in the event of a complete shutdown of the flow of Russian gas.

In this way, the IMF now expects Germany’s GDP to grow 1.2% this year, compared to the 2.1% forecasted last April and less than a third of the 3.8% forecasted last January. Looking ahead to next year, the reduction is even more pronounced, since the estimated GDP growth would be just 0.8%, far from the 2.7% forecast in April.

Likewise, the new IMF forecasts contemplate that inflation for 2022 will be at 7.7%, when in April the expectation was 5.5%, to moderate in 2023 to 4.8%, well above the 2.9% anticipated in April. According to the calculations of the IMF technicians, the impact of the war would have reduced German GDP by approximately 2.5% in 2022, of which 0.5 percentage points would be offset by the fiscal measures announced since February, while the Higher energy prices since January would have cooled growth projections in 2022 by about 1.25 percentage points.

“The biggest threat is a persistent closure of Russian gas exports to Europe, which could cause considerable reductions in German economic activity and increases in inflation,” warns the institution, noting that, in the medium term, the fragmentation of war-related global supply chains could exacerbate long-term challenges related to decarbonization, aging populations, infrastructure gaps, and digitalization.

In this sense, the IMF analysis suggests that a total and permanent shutdown of Russian gas supplies to Europe could reduce Germany’s annual GDP by between 1% and 3% in 2022, 2023 and 2024, warning that the lost growth “would not recover later”, while inflation could increase by about 2 percentage points on average.

Tension in the housing market

On the other hand, the IMF points out that, for now, the war has had limited effects on the financial sector and German banks remain largely resistant to solvency and liquidity shocks.

However, low bank profitability “remains a source of vulnerability”, and stress tests identify capital and liquidity shortfalls in US dollars at some banks in adverse scenarios.

the risk of a caliphate reappears in Central Asia