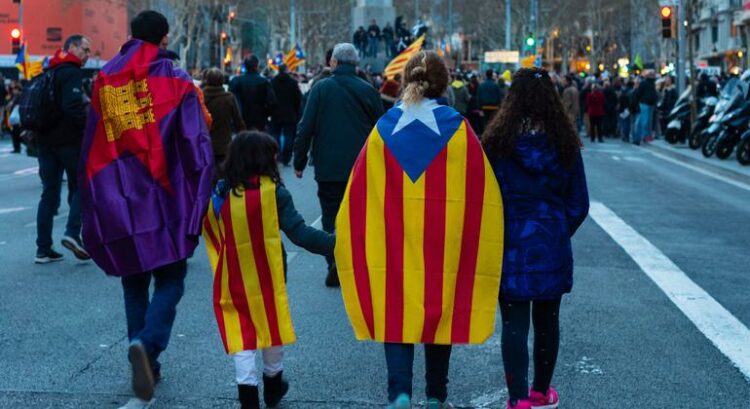 The Human Rights Committee The UN considers that Spain violated the political rights of former members of the Government and Parliament of Catalonia by suspending them from their public functions, prior to the existence of a conviction, after the independence referendum of 2017.

The Committee published this Wednesday its opinion after examining a complaint filed by Oriol Junqueras i Vies, former Vice President of Catalonia, and three former councillors, Raül Romeva i Rueda, Josep Rull i Andreu and Jordi Turull i Negre. The four were prosecuted and eventually convicted for their participation in the independence referendum and in the subsequent events that led the Parliament of Catalonia to declare independence in October 2017.

In September 2017, the Parliament of Catalonia approved a law authorizing a referendum on the independence of Catalonia. Despite the suspension order issued by the Constitutional Court and police intervention, the referendum was held on October 1.

In mid-October, the Constitutional Court declared the law and the referendum unconstitutional and null. However, the Parliament of Catalonia declared independence, for which it was immediately dissolved by the Government of Spain.

Junqueras and the three councilors were prosecuted, along with other leaders, for the crime of rebellion, which calls for a violent uprising against the constitutional order. In July 2018, they were suspended from their positions as deputies in accordance with the Law of Criminal Procedure, which allows the suspension of officials only when they are accused of rebellion.

During their preventive detention, the four former members of Parliament presented their case to the Committee, alleging that the suspension of their functions, prior to the existence of a conviction, violated their political rights under article 25 of the International Covenant on Civil and Political Rights.

In October 2019, the four were convicted of the crime of sedition which, unlike that of rebellion, does not require the element of violence, consequently lifting the suspension against them.

“The Committee took an important step in affirming that safeguards against restrictions on political rights should be applied more strictly if these restrictions occur before, and not after, a conviction for a crime“, said Hélène Tigroudja, member of the Committee.

Noting that the four complainants had urged the citizenry to remain strictly peaceful, the Committee considered that the accusation against the plaintiffs for the crime of rebellion, which resulted in the automatic suspension of their charges prior to the existence of a sentence, was not foreseeable and, therefore, was not based on grounds provided by law that are reasonable and objective.

“The decision to suspend elected officials must be based on clear and predictable laws that establish reasonable grounds and objectives for the restriction of political rights, and must be applied on the basis of an individualized analysis. This approach and these guarantees are the best way to ensure respect for institutions and to promote the rule of law in a democratic society,” added Tigroudja.

The Human Rights Committee monitors the accession of States parties to the International Covenant on Civil and Political Rights, which to date has 173 States Parties. The Committee is made up of 18 members that they are independent human rights experts drawn from around the world, serving in their personal capacity and not as representatives of States parties. The Optional Protocol to the International Covenant on Civil and Political Rightswhich to date has 116 States Parties, establishes the right of individuals to lodge a complaint with the Committee against States that violate their human rights. The Optional Protocol imposes an international legal obligation on States parties to comply in good faith with the Committee’s rulings. rmation about individual complaints procedures before the Committees.