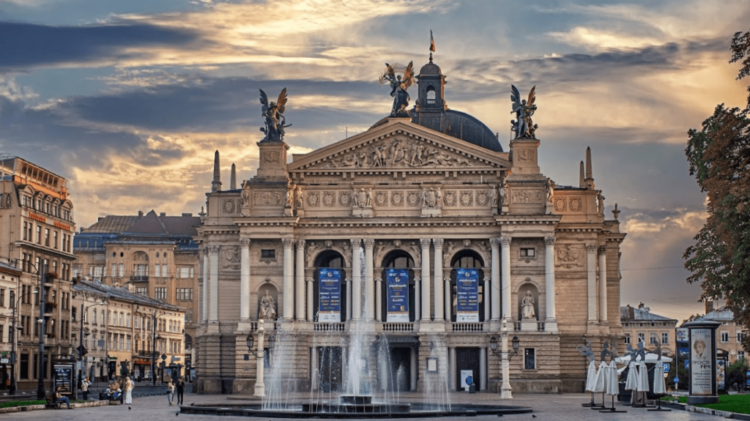 154 days have passed since the start of the war in ukraine and the Russian gas Gazprom has chosen to reduce this Wednesdayalluding to “technical reasons”, the gas pumping to germany to a fifth of the capacity of the gas pipeline North Streamalthough the European Union believes that it is doing so for political reasons related to the conflict and sanctions.

Regarding the battlefield, Russian forces reinforce their positions in Kherson Y Zaporizhia (southern Ukraine) before the kyiv’s plans to recover these territories and continue the attacks in the direction of Bakhmutconsidered key to control over the part of the Donetsk region that remains in Ukrainian hands.

Latest news from the war in Ukraine, live

The Russian Foreign Ministry has summoned this Wednesday the interim charge d’affaires of Latvia, Dace Rutka, to whom it has transferred a note of protest against the pressure exerted by the Latvian security forces against Russian citizens that enter the territory.

“On July 27, Acting Latvian Chargé d’Affaires of the Republic of Latvia in the Russian Federation, Dace Rutka, was summoned to the Russian Ministry of Foreign Affairs. A strong protest was expressed to her and a corresponding note was handed to her. regarding the provocative actions of the Latvian law enforcement agencies“, has indicated Ivan Nechaev, of the Department of Information of the Russian Ministry.

Thus, he indicated that Latvian forces are exerting “brutal” pressure against Russian citizens who arrive in the country, who are required to sign documents denying Moscow’s political position if they wish to enter Latvia.

The Russian authorities have finally given the go-ahead this Wednesday to a delegation from the Israeli Government to travel to the country and meet with senior Russian officials in order to address the possible ban on the activities of the Jewish Agency in Russia.

Last week, the Russian Justice Ministry filed an appeal with a Moscow court to shut down the agency, which Moscow accuses of promotion of emigration to Israel, as well as illegally collecting information about Russian citizens. The court is scheduled to hold a court hearing on the matter on Thursday, according to reports in The Times of Israel.

Israel, however, believes that these steps are not due to legal problems, but are a form of retaliation by Moscow against Jerusalem for its support of Ukraine in full Russian invasion of the territory.

Boris Johnson has compared Zelensky’s leadership in Ukraine to Winston Churchill’s war exploits. The British Prime Minister has said that he believed that “Churchill would have rejoiced and probably would have cried toowhen the Ukrainian president insisted he needed “ammunition, not a ride” to get out of Kyiv when Russia invaded in February.

A program with the International Monetary Fund

Ukraine aims to reach an agreement to a 15-20 billion program with the International Monetary Fund before the end of the year to help shore up its war-torn economy, the country’s central bank governor, Kyrylo Shevchenko, told Reuters.

Turkish President, Recep Tayyip Erdoğanwill pay a one-day visit to the Russian tourist center of Sochi on August 5has announced his office. It is expected that he will meet with his Russian counterpart Vladimir Putin.

The Russian Defense Ministry plans to hold strategic military exercises in the east of the country from August 30 to September 5.

The Russian Defense Ministry plans to hold strategic military exercises in the east of the country from August 30 to September 5. Interfax reported that the military of other unspecified countries will participate in regular ‘Vostok’ exercises, citing the Defense Ministry.

The strategic Antonovsky Bridge in the Russian-occupied region of Kherson has been attacked by Ukrainian forces hoping for disrupting Russia’s main supply route to the southern Ukrainian city.

The Russian authorities have defended this Wednesday the need to “impose an arms embargo” on Ukraine to control the flow of weapons delivered to kyiv to face the Russian military offensive and prevent them from falling into the hands of arms trafficking networks.

“In order to control the supply of arms to Ukraine by the United Nations, it is necessary impose an arms embargo against this country through a UN Security Council resolution“Russia’s deputy representative to the international body, Dimitri Polianski, said in statements given to the Russian newspaper ‘Izvestia’.

“It is clear that Western countries will never allow this,” he acknowledged, before stressing that Russia “has repeatedly transferred the problems of arms deliveries to Ukraine.” “We will continue to raise them before the UN Security Council“, he assured.

The Armed Forces of Ukraine number more than 40,000 Russian soldiers killed in combat

The Armed Forces of Ukraine have estimated this Wednesday at more than 40,000 dead Russian soldiers since the beginning of the invasion, unleashed on February 24 by order of the President of Russia, Vladimir Putin, without Moscow having provided a balance of casualties for now.

The General Staff of the Ukrainian Army has said through its account on the social network Facebook that so far “about 40,070” Russian soldiers have diedincluding 200 during the last day, before stressing that since the beginning of the invasion, 1,738 battle tanks, 883 artillery systems and 258 self-propelled and armored multiple rocket launchers have been destroyed.

Furthermore, he pointed out that 222 planes, 190 helicopters, 117 air defense systems, 2,847 vehicles and fuel tanks, 15 boats and 726 drones have been destroyedwhile 174 cruise missiles have been shot down.

Zelensky has accused Russia of deliberately cutting off natural gas supplies to impose a “price terror” against Europe.. “Using Gazprom, Moscow is doing everything possible to make this coming winter as harsh as possible for European countries. Terror must be responded to: impose sanctions,” she said in a late-night video.

The President of Ukraine, Volodímir Zelenski, has nominated this Friday Andriy Kostin as the new attorney general of the countryabout a week after Parliament approved the dismissal of Irina Venediktova, who was removed from office along with the head of the Intelligence Services (SBU), Ivan Bakanov.

Zelensky has sent during the day a draft resolution with Kostin’s nominationa member of the Servant of the People faction, to which the president belongs, according to a statement published by the Verkhovna Rada (Parliament) through its website.

The cut completed today in Russian gas supplies to Europe through the Nord Stream pipeline respond to a “war strategy” by Moscownot to technical problems, according to the German federal network agency (Bundesnetzagentur).

The explanations given by Moscow for reduce those shipments to 20% of their capacity “are not realistic”affirms the head of the Bundesnetzagentur, Klaus Müller, in declarations to the public radio Deutschlandfunk.

The Russian gas company Gazprom today reduced for “technical reasons” pumping gas to Germany to a fifth of the capacity of the Nord Stream gas pipeline, according to data published by the infrastructure operator on its website.

The reduction in the flow of fuel has begun at 09:00 Moscow time (06:00 GMT), and according to the gas company, the daily volume of supplies through the Nord Stream will be 33 million cubic meters.

Russian troops have carried out massive attacks in six provinces of Ukraine in the past hoursespecially intense in the region of Kharkivwhere six people were injured.

The missile attacks have also damaged civilian infrastructure in Kharkovwhere the city of the same name is located, the second largest in the country after the capital, kyiv

Next to the industrial area of the city of Kharkov itself were targeted by Russian attacks several towns in the region, where homes burned, according to the Ukrinform portal, which refers to military sources in the affected areas.

Spain and Poland will strengthen their defense cooperation today

Spain and Poland will strengthen their defense cooperation this Wednesday with the signing a memorandum on the occasion of the bilateral summit that will be co-chaired by the head of the Government, Pedro Sánchez, and his Polish counterpart, Mateusz Morawiecki.

Warsaw will host the XIV summit between both countrieswhich will be very marked by the situation in Ukraine and the management that Poland has taken from the beginning to welcome refugees from that country.

In total, some 4.7 million Ukrainian citizens have been welcomed by Poland, and Sánchez will take the opportunity to express solidarity and Spain’s gratitude for its reaction to the consequences of the Russian invasion of Ukraine.

The American President, Joe Bidenhas planned hold a phone call “very soon” with his Chinese counterpart, Xi Jinpingin which he will address the situation in Taiwan and the war in ukrainethe White House announced.

There is still no date for the expected telephone exchange between the two leaderswhich will be the fifth since Biden arrived at the White House in January 2021, White House National Security Council spokesman John Kirby told reporters on Tuesday.

“There will be many issues on the table, given that this is one of the most significant bilateral relations in the world, from the tensions over Taiwan, to the war in Ukraine, and also how we can better manage the competition between our two nations,” he detailed. the spokesperson.

A group of engineers from Lvivin western Ukraine, is creating 3D digital models of the most valuable buildings of cultural heritage of the country in an effort to facilitate their restoration should Russian missiles and bombs destroy them.

Free Fire: guide to get the "Dino" outfits for your next games