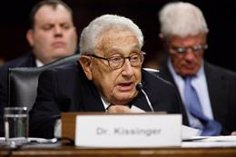 The Russian Federal Security Service (FSB) has assured this Monday that it has dismantled an operation by Ukraine’s military intelligence to capture Russian Air Force planes and has added that kyiv’s plans would have NATO supervision.

“The FSB has discovered and stopped the operation of the Intelligence Directorate of the Ministry of Defense of Ukraine to seize fighter jets of the Russian Aerospace Forces, supervised by special services of NATO,” said the FSB’s Public Relations Center. .

Thus, he pointed out that “Ukrainian military intelligence officers, acting on behalf of the political leadership of their country, tried to recruit Russian military pilots in exchange for economic rewards and guarantees of obtaining citizenship in a country of the European Union (EU)”.

In this sense, the FSB has highlighted that the objective was “to persuade them to fly the planes and make them land at air bases controlled by the Armed Forces of Ukraine”, as reported by the Russian news agency TASS.

The agency has detailed that the identification of these plans by the counterintelligence services has made it possible to bomb military installations in Ukraine, given that “information was obtained that helped the Armed Forces to inflict damage on several” of these installations.