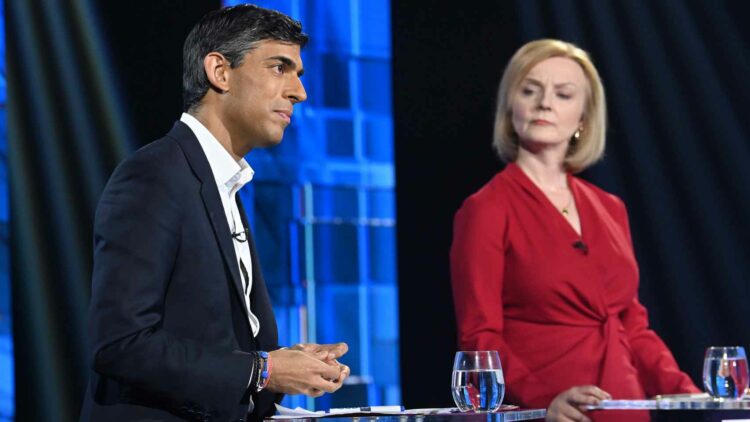 Meloni delays his vote until 10:00 p.m. and Italy registers a slight decrease in participation

Former Minister of Finance, Rishi Sunakand the Secretary of Foreign Affairs, Liz Truss, will finally fight to succeed Boris Johnson as head of the Conservative Party. Sunak has obtained 137 votes for the 113 of Liz Truss. The third in discord, the Secretary of State for Commercial Policy, Penny Mordaunt, has been left out of it by obtaining only 105 ballots, according to the results of the last vote of the ‘Tories’ deputies held this Wednesday.

Sunak has emerged as the winner in all rounds of voting, but it seems that it is Truss who is gaining ground among the 200,000 members of the Conservative Party who will be in charge of choosing the winner.

After a feud that has lasted several weeks, Sunak, a former Goldman Sachs banker who has raised tax pressure to the highest level since the 1950s, will face off against Truss, a Brexit convert who has pledged to reduce taxes.

The final winner will be announced on September 5, but whoever wins will receive the inheritance of Boris Johnson, which leaves the United Kingdom in the worst situation in decades. Annual inflation has risen 11%, economic growth has stalled and the pound is at its lowest level against the dollar, reports Reuters.

The two finalists will now submit to a vote by postal mail among the bases of the ruling party. The day after the appointment of the new leader, Johnson will leave office at the head of the Government and his successor will be invested by Queen Elizabeth II of England in a brief act at Buckingham Palace.

During the month of August, Sunak, 42, and Truss, 46, will try to capture the vote of the memberswhich, according to internal polls, a priori favor the current head of the Foreign Officewho has also been backed by the right wing of parliamentarians.

The former chancellor of the Exchequer – who, if he won the primaries, would be the first Hindu and person of color to be prime minister of this country – resigned on July 5 from the Johnson government due to disagreements with his management and, in particular, with their financial priorities.

It remains to be seen how that decision, in which the then Minister of Health, Sajid Javid, preceded him, will affect him in the elections among the militants, as some still sympathize with Boris Johnson, who announced his resignation on July 7 after losing confidence. of his parliamentary group.

Trussfor its part, I was abroad when the government crisis broke out and until the last moment he maintained his support for the chief, so that he is still in the acting cabinet today.