Orban defends himself against comments branded as “anti-Semitic” amid criticism 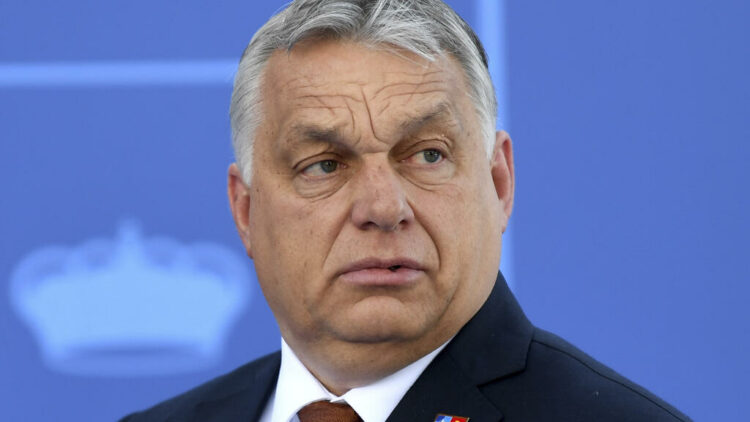 The Prime Minister of Hungary, the ultra-nationalist Viktor Orban, assured that his government has “zero tolerance for anti-Semitism and racism” after being criticized for having assured that “Hungarians are not a mixed race”. His comments prompted the resignation of one of his closest advisers, Zsuzsa Hegedus.

A declaration that seeks to appease the spirits in Europe and within his country. Hungarian Prime Minister Viktor Orban assured that his government has “zero tolerance for anti-Semitism and racism”, after his controversial comments about the “dangers” of a “mixed” society.

Last Saturday Orban assured that “Hungarians are not a mixed society” and added that Europeans should not mix with “non-Europeans”.

His claims have had all sorts of consequences. The biggest of them may be the resignation of one of his closest advisers, Zsuzsa Hegedus, who could not contain her outrage. Hegedus compared Orban’s speech to language used in Nazi Germany and submitted her resignation from a position she had held for 20 years.

“I sincerely regret having to end a relationship due to such an embarrassing position,” Hegedus said. “I had no other choice.”

Orban’s former adviser added in her resignation letter to the prime minister: “I don’t know how you didn’t realize you were presenting a pure Nazi text worthy of Goebbels.” Hegedus was referring to one of the leading Nazi propagandists under Adolf Hitler’s regime, Joseph Goebbels.

However, his resignation was the exception to Orbán’s inner circle rule. His Fidesz party has a large majority with which they have limited critical voices.

In fact, his radical stance against immigration and his speech about protecting the borders of his country catapulted the image of his party and led him to become the winner in the 2018 and 2022 elections.

A new wave of criticism

It is not the first time that Orban has adopted positions that arouse strong rejection in Europe. But those of this Saturday derived in a strong indignation of the Hungarian opposition and in several parts of the old continent.

The MEP from the opposition party Momentum assured that the Prime Minister’s statements “recall a moment that I think we would all like to forget. They really show the true colors of the regime.”

And from Romania, the Foreign Minister, Bogdan Aurescu, classified Orban’s speech for ‘Digi 24’ as unacceptable.

So did the Romanian MEP, Alin Mituța from his Twitter account, where he assured that “talking about racial or ethnic ‘purity’, especially in a region as mixed as Central and Eastern Europe, is purely delusional and dangerous. And so is Mr Orban”.

For its part, the International Committee of Auschwitz Holocaust Survivors called Orban’s comments “stupid” and “dangerous.”

Also on Monday, the Federation of Hungarian Jewish Communities issued a statement saying its leader, Andras Heisler, had asked for a meeting with the prime minister following concerns raised by his speech.

Orban’s words threaten to open wounds from the past. More than half a million Hungarian Jews were exterminated and today more than 75,000 live in that country.

With EFE, AP and Reuters

a mobile clinic helps the poor and migrants