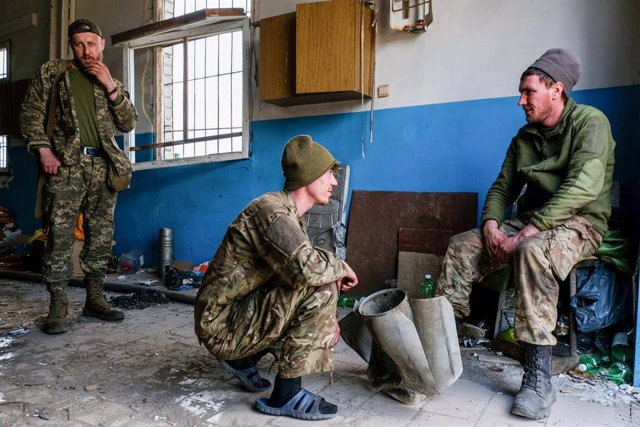 FILE – May 28, 2022, Lysychansk, Ukraine: Soldiers discuss a piece of shell from a BM-27 Uragan missile fired by the Russian Army near their position. – Rick Mave / Zuma Press / ContactPhoto – Archive

The authorities of the self-proclaimed Lugansk People’s Republic (PLR), in eastern Ukraine, have reported this Sunday that at least four civilians have died from a bombardment with nine projectiles attributed to the Armed Forces of Ukraine in Rubizhne.

“From the side of the armed formations of Ukraine, shelling was recorded at 5:00 p.m. (local time) on the town of Rubizhne with the use of 155-millimeter (caliber) artillery. As a result of the shelling, four civilians were killed,” said a report of the Lugansk representation in the Joint Center for Control and Coordination of the Ceasefire, as reported by the TASS news agency.

The self-proclaimed republics of Donetsk and Lugansk declared their independence in 2014 amid conflict in eastern Ukraine. Russian President Vladimir Putin recognized its independence in February, days before ordering the start of a military invasion of the country.

QLED, LED and OLED TVs: differences, advantages, disadvantages and which one is better for you