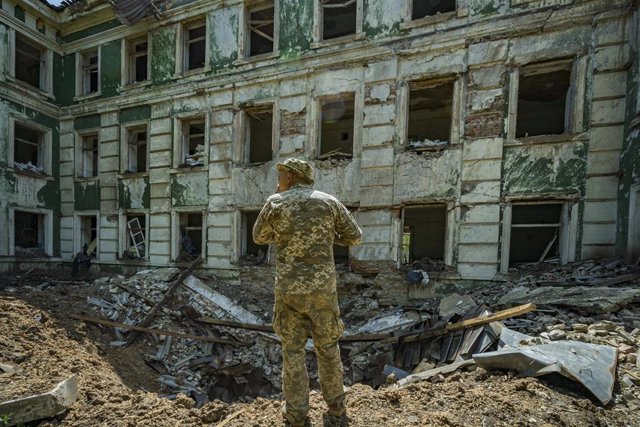 The authorities of the self-proclaimed Lugansk People’s Republic (PLR), in eastern Ukraine, have assured that Ukrainian soldiers who have fallen in combat are being buried “in accordance with all Christian canons.”

As reported by the Lugansk People’s Militia officer Andrei Marochko, all bodies found on the battlefield are buried under the same conditions. “No one separates them by enemies or non-enemies,” he pointed out.

Likewise, Marochko has stressed that before proceeding to bury the dead, the Lugansk authorities carry out a meticulous work of identifying the bodies, according to the Russian news agency TASS.

In this sense, the military of the self-proclaimed republic has added that the authorities of the region employ Ukrainian prisoners of war in the excavation work of the graves.

Kenyan President cuts food costs in half ahead of elections