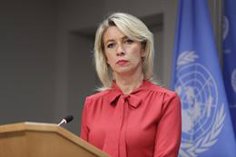 Meloni delays his vote until 10:00 p.m. and Italy registers a slight decrease in participation

Russian Foreign Minister Sergei Lavrov stressed on Wednesday that the trip to Taiwan by the Speaker of the United States House of Representatives, Nancy Pelosi, “reflects the same line” by Washington regarding the ” situation” in Ukraine and shows “a desire to demonstrate impunity”.

“I do not intend to judge what has motivated them (the American authorities), but this fact reflects the same line that we talked about in relation to the situation in Ukraine, something that I have no doubts about,” Lavrov said after his arrival. to Burma for an official visit.

Thus, he stressed that the United States has “a desire to show everyone its impunity,” according to the Russian news agency Interfax. “I see no other reason to generate this irritation practically out of nowhere, knowing perfectly well what it means for China,” she concluded.

Pelosi arrived in Taiwan on Tuesday, a visit harshly criticized by China, which had repeatedly warned it would take “forceful” action if politics finally traveled to the island. The Asian giant considers Taiwan one more province under its sovereignty despite the Taiwanese secessionist discourse and the support shown by the United States and the European Union.