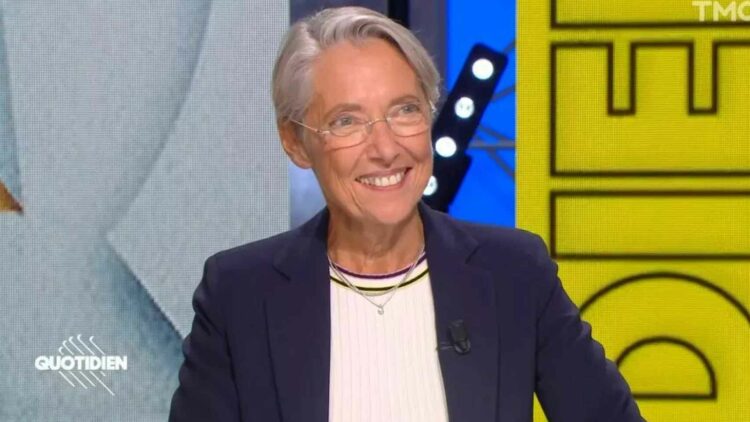 The Government of France is preparing for the possibility of having to organize “restrictions” or “cuts” of the gas supply due to the closing of the tap by Russia, although it will not affect private consumers, something that it is not excluded with electricity.

In fact, the Macron Executive already considers the possibility that there power outages in neighborhoods and sectors for periods of up to two hours since it is not possible to make distinctions between individuals and companies.

The French Prime Minister, Elisabeth Borne, In an interview broadcast this Tuesday night on the TMC channel, he confirmed that Gazprom has decided to totally suspend the supply of gas to the French operator Engie as of Thursday, but wanted to give a message that was intended to be reassuring.

He then pointed out that his Executive has been preparing for that scenario and that “we are going to have to prepare hypotheses in which there may be restrictions or cuts.” He pointed out that “The gas for French families is not going to be cut offbut it is our companies, the large consumers, that could have cuts”.

Borne insisted that since he believes that nobody wants that to happen, “everything that can be done to voluntarily reduce our consumption will prevent us from having cuts next winter.”

The interruption of supply would occur -he specified- if a series of coincidences occur: if Russia cuts off the gas tap, if there are “tensions” in liquefied natural gas (the one that arrives by ship) and orders cannot be fulfilled and “if there is a very cold winter”.

In the case of electricitythe situation is different because France now has a “lower than usual” production capacity due to the fact that most of the nuclear power plants are stopped (32 out of 56) and that means that the country will “depend more on imports”.

The president of the Energy Regulation Commission (CRE), Emmanuelle Wargon, affirmed this Wednesday that they are not “too worried” about Gazprom’s decision on the supply of France, although he pointed out that “it is above all in the price where we are going to have repercussions”.

The president of the CRE stressed that it will be necessary for both individuals and companies to apply sobriety measures, such as avoid as much as possible the consumption of electricity in peak hoursthat is, late in the afternoon and early at night.

It also recognized that in case of interruptions in the supply of electricity, the distinction between companies and private consumers cannot be made. In fact, the Government contemplates the possibility that power outages in neighborhoods and sectors for periods of up to two hours.

The head of this sector regulation body indicated that the current gas reserves in France are at 91% of their capacity and will rise above 95% even up to 100% before November 1 and the beginning of the winter season.

Those reserves represent about 25% of gas consumption in France each year. Wargon specified that France will continue to import liquefied natural gas (LNG) by ship and that will allow it to continue covering consumption.