Gorbachev’s reforms to bring the USSR out of darkness 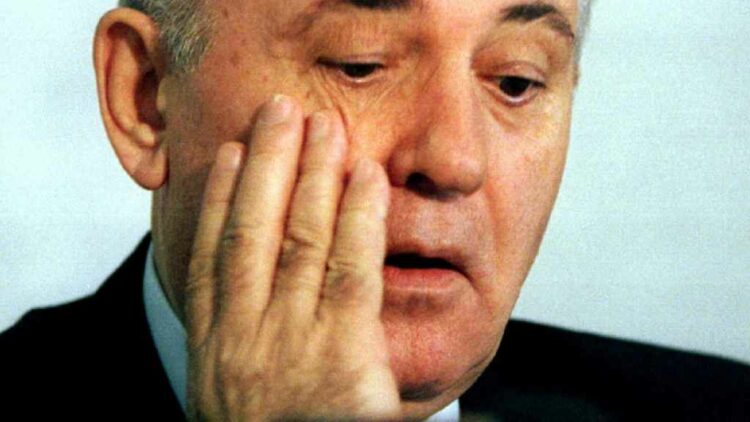 Mikhail S. Gorbachev, who died this Tuesday in Moscow at the age of 91, will go down in history as the last president of the now defunct Soviet Union. But also as the leader who, with his revolutionary reforms, managed to put an end to the tense global political climate that defined the second half of the 20th century and that brought humanity practically to the brink of nuclear annihilation.

Born in a farming town in the Stavropol region of the Caucasus, Gorbachev rose to power What General Secretary of the Communist Party of the USSR (CPSU) in March 1985.

At that time, the Soviet Union was facing a profound internal economic crisis that had been dragging on since the 1970s. The attempt to maintain a central planning system that eliminated private property and left all the factors of production in the hands of the State.

‘Failed to keep the big two’social contracts‘ with those who controlled the people: cheap food for low wages and a give-and-take between Russians and non-Russians,” says historian Geoffrey Hosking in his book Brief history of Russia (2012).

Added to this economic isolation was the strong international pressure to which the USSR was subjected. Not only was he the champion of communism in the East, but in recent years, the arrival in the White House of the American president ronald reagan -which described the Soviet Union as the “evil empire” in its doctrine – further strained relations between the two great nuclear powers. That meant a drain on resources for the battered Soviet economy.

That is why the arrival on the scene of Gorbachev, a pragmatic man, law graduate and convinced that the security of today’s Russia did not lie in brute force or in displaying and accumulating a nuclear arsenal, but in dialogue and cooperationIt was a breath of fresh air. And he managed to negotiate with Reagan and sign in 1987 the treaty to eliminate short and medium-range missiles (INF, for its acronym in English) that contributed to the disarmament of the cold war.

Added to the popularity that this change of attitude in foreign policy brought about was the fact that the new leader of the CPSU, 54 years old, represented a new political generation. Especially after the two predecessors of him, Yuri Andropov (former KGB agent) and Konstantin Chernenko -both guarantors of Stalin’s communist old guard- died at an advanced age a few months after taking command of the party.

As soon as he took power, Gorbachev began the perestroika (which means ‘restructuring’ in Russian). One as promising as criticized political reform that sought to rebuild and develop the Soviet economy, but that ended up sinking it even more in just six years.

“Those who have no intention of adapting and who are an obstacle to solving these new tasks must simply get out of the way,” he announced on television in 1985 before detailing a long list of measures. Among them were the legalization of private companies as a complement to state control, industrial modernization and the end of strict wage regulation.

An ambitious economic plan that, in practice, the communist regime could not sustain. The private sector, for example, took advantage of the shortage to raise prices, which meant that millions of citizens who previously received products from state networks were unable to buy food. In 1990, the basic food supply in the main cities was even in danger.

The last president of the now former Soviet Union, Mikhail Gorbachev, gestures during a news conference at a hotel in Athens, Greece, on September 4, 1995.

At the same time, Gorbachev introduced the glasnost (means ‘openness’ or ‘transparency’) to encourage the democratization of the Soviet Union. But also, to rely on public opinion and legitimize their policies against the most conservative factions of the CPSU that opposed their revolutionary changes.

To do this, Gorbachev promoted political pluralismliberalized the press, reduced political control over the media and encouraged citizens to denounce the excesses of their superiors, cases of corruption or failures of the system.

However, this openness policy soon became double-edged weapon. The press and political parties began to openly criticize the Government. Without going any further, in 1989, during the first televised sessions of the Congress of People’s Deputies (a new body created with Perestroika) “speakers were denouncing, one after another, the abuses of power by the ruling classes”, Hosking collects in his book.

However, the reputation of Glasnost suffered its greatest blow much earlier, in April 1986 with the explosion of the Chernobyl nuclear power plant, whose seriousness officials tried to hide. It is said that Gorbachev was even belatedly informed of the magnitude of one of the worst nuclear catastrophes in history, slowing down the response and aggravating the consequences.

Glasnot also caused old grudges to come to the surface at the end of the 1980s and explode different nationalist movements that led to Soviet republics such as Estonia, Latvia and Georgia (forcibly annexed by the USSR after World War II) declaring their independence from Moscow.

Thus, despite the fact that thanks to the perestroika and Glasnost, Gorbachev gained the sympathy of the international community and from some sectors of society, the poor economic situation and social discontent led the USSR to collapse.

Gorbachev’s government ended up being destabilized in 1991 with the attempted coup by the hard-line Communist Party and the KGB, which led to the disintegration of the Soviet Union, which broke up into different republics and left as legal heir to the current Russian Federation.