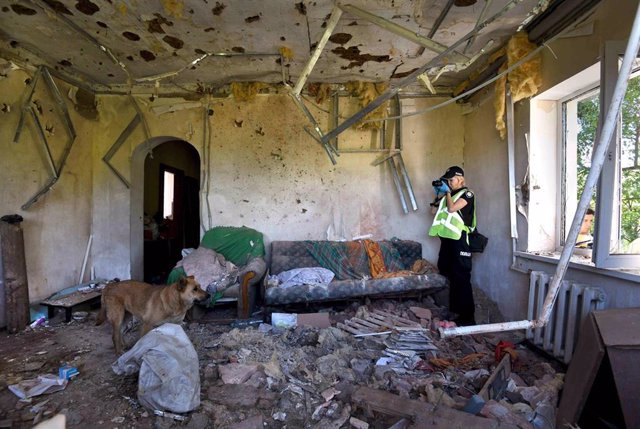 At least two people have died and 19 have been injured in a new bombing carried out by Russian forces in the city of Kharkov, as reported on Thursday by Oleg Sinegubov, head of the Ukrainian Regional Military Administration of the town of the same name.

Thus, he explained that four of them are in serious condition and indicated that a dozen brigades from the Help and Emergency Center are working in the area to help those affected.

“The enemy is attacking the residential areas and the streets of the city,” he asserted before denouncing another attack on a residential building, which has resulted in no victims or injuries.

In addition, he has asked the citizens of the city to be “extremely cautious”, especially when going out. On Wednesday, at least three people, including a 13-year-old boy, were killed in a similar attack in Kharkiv.

The Police have opened an investigation and explosives experts have traveled to the scene. On Tuesday, another fourteen people were injured in the same city by another bombing.

9 dead, including a 1-year-old boy

Minecraft developer bans the use of NFTs in its game