Presidential and parliamentary elections will take place on May 14, with a second round two weeks later if a candidate does not reach 50% in the first round. The attack of The Economist to the Turkish leader who pushed the nation “to the limit”. The weight of the Kurdish vote, the migration issue and Islamic nationalism. Source of : International silence in the perspective of continuity.

Milan () – With an unexpected decision, and not without controversy, Recep Tayyip Erdogan decided to bring forward the general elections by a month, initially scheduled for June 18, to be held on May 14. A symbolic date for Turkey, because, as the president himself recalled, it coincides with the victory at the polls of the conservative Adnan Mederes, 73 years ago, who ruled the country until 1960, then was deposed in a military coup and executed the following year. At the time, these were the first free elections won by the exponent of the Democratic Party, whose government is remembered for the confrontation with Greece for control of Cyprus and the pogrom against the internal Greek minority in 1955.

Exalting his predecessor, “Sultan” Erdogan is running to maintain a power he held de facto for more than 20 years: initially as prime minister until 2014 and then as head of state, further strengthening his powers after the presidential reform than he himself proposed. In the event that no candidate manages to obtain a majority of 50%, a second round is scheduled for May 28 between the two that have obtained the greatest consensus. According to the latest polls, a first-round victory for Erdogan is unlikely. However, the 68-year-old leader remains the favorite while the galaxy of oppositions must point to a strong and equally authoritative name.

Major polls show that the upcoming presidential and parliamentary elections will be marked by an open challenge between the majority parties, mainly Erdogan’s Justice and Development Party (AKP), and opposition movements. The electorate remains polarized and divided between supporters and detractors of the president, even more now on the issues and content of an incisive electoral campaign. Given the difficult economic conditions, for the “sultan” this is the most insidious electoral test since he came to power, at a time characterized by internal crisis and external activism. An uncertain outlook for a nation that is still at the top of the region as a military power and is a member of the Atlantic Treaty (NATO). In this sense, right now he is making his weight felt by threatening to veto Sweden’s entry for burning the Koran: propaganda above all for “internal” use, in accordance with the policy of “nationalism and Islam” that Erdogan has nurtured over the years. .

And it is precisely the shadow of the president that runs the risk of overshadowing the country and plunging it into the abyss of a crisis that is not only economic, but also political and social. This, at least, according to The Economist, which in recent days has led a harsh attack against its leadership. For the British weekly, in fact, he is the leader who brought the nation “to the brink of disaster” and as confirmation of the sentence he recites numbers and figures on the state of financial health a few months after the vote. “Erdogan’s behavior -he writes- with the proximity of the elections could push what is today an imperfect parliamentary democracy to the limit towards a full-fledged dictatorship”.

In the first phase of these twenty years, Erdogan’s leadership had positive effects at the economic level and in terms of development and security. Ultimately, however, it became an “autocratic” leadership: with presidential reform he transformed a previously largely ceremonial role into a control room in which the fate of the nation is decided. And some of his “wacky” ideas became “public policy.” Then there is, according to The Economist, the treatment of its rivals, first of all, of the current mayor of Istanbul and exponent of the CHP Ekrem Imamoglu, whom they are trying to bury, above all, through the courts, with accusations and trials. Internationally, in the face of hitherto unsuccessful activism between Moscow and kyiv and an attempt to re-establish dialogue with Damascus, Erdogan’s attentions towards Greece and Cyprus risk creating new “territorial clashes”. Meanwhile, in Syria (with the aim of eliminating Kurdish pockets on the southeast border and ensuring control of a strip on the other side of the border) his approach risks “fomenting confusion and conflict”. “Erdogan -concludes the editorial- is a bully who sees shyness as a reason to exert pressure for his own benefit and toughness as an incentive to strengthen the walls.”

From the Kurds to the migrants, the untied knots

A diplomatic source of on condition of anonymity because she is not authorized to speak to the press, speaks of a country “very divided and simple people very angry because prices are out of control, not only because of inflation, but also in real terms.” The cost life is very high, while salaries are often not enough to cover expenses, even basic ones.The government continues with the policy of large investments, from construction to public works, which generate employment in the short term but which in the long run they risk becoming a bubble waiting to burst.

Then there is the “frantic diplomatic activity,” the source continues, which “manages to keep the country afloat.” In the end, those of nationalist and religious leanings will vote for Erdogan, so it is not known what will happen next. But until May the status quo is destined to endure in a national framework with deep “even “substantial” divisions between rural areas and urban centers. “Among Muslim Turks – he continues – a certain underlying fatalism dominates, while the wealthy and wealthy class marries this executive for aid to the industry and protectionist measures. This is accompanied by nationalist policies and the progressive expulsion of immigrants, who are thrown out in bursts. And they tend not to renew even the visas of immigrants Europeans for fear that people from outside could tell and denounce what is happening inside. The fact is -concludes our expert- that the Kurdish ‘threat’ and the immigrants play in favor of the government, which can also count on an international silence that It is very eloquent because it is as if there was a tacit prospect of continuing with the current leadership.”

In this perspective, the divisions within the opposition – secularists, Islamists, nationalists, pro-Kurdish parties – do not help to defeat Erdogan and the AKP, also because a possible rival was not even identified. The pro-Kurdish party, the third force in Parliament, has so far been excluded from the alliance and could bet on an internal name. Erdogan does not disdain the use of force -and of the judiciary-, as shown by the tens of thousands of arrests and convictions that followed the failed coup in the summer of 2016 and that, on more than one occasion, served to eliminate rivals or critics. The Turkish leader responded in his own way to the criticism of the British weekly by leaving the mosque after the Islamic Friday prayers (confirming the weight of the religious component) when he stated that “it will be my people who will determine the fate of Turkey [usando el término Türkiye, que él mismo impulsa activamente].

In this confrontation, it could be the Kurds who tip the balance with their electoral base: “If the opposition coalition – concludes the expert on the Turkish question Burak Kaderca – manages to appeal to the Kurdish population, it will probably win the elections, but if they don’t have that support will be very difficult, if not impossible.”

“PUERTA DE ORIENTE” IS THE NEWSLETTER OF ASIAN NEWS DEDICATED TO THE MIDDLE EAST
DO YOU WANT TO RECEIVE IT EVERY TUESDAY IN YOUR MAIL? SUBSCRIBE TO THE NEWSLETTER AT THIS LINK. 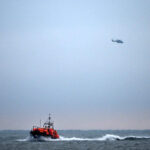