Elon Musk has a new mission in his life. Cut expenses on Twitter. Since the billionaire bought this platform, he has ordered massive layoffs as a great way to save. His latest measurements are, to put it mildly, much less orthodox.

Cockroaches. Workers at the Twitter offices in New York they have begun to see cockroaches in work areas. Typically, cleaning services downplay the problem, but the staff who did that work on Twitter at the New York and San Francisco offices declared themselves on strike after trying to renegotiate their salaries.

There is no toilet paper. Adding to this problem is the lack of supplies in the bathrooms: employees have ended up taking their own toilet paper to work. Employees are also complaining about the disrepair of the toilets, with bad odors and lack of cleanliness.

Free food (almost) nothing. In the past, the company offered various benefits for employees to work at ease, but it has cut some —such as benefits for fertility treatments o free snacks and food— o completely canceled others, such as paying the costs of internet at home.

Chaos in the offices. All this is in addition to Musk’s demand to spend (at least) 40 hours in offices, some of which are serving employees for marathon shifts. The space that was not used has been converted into rooms so that people directly sleep there.

Elon doesn’t even pay rent anymore. To cut expenses, Musk has even stopped paying the rent for his offices around the world. This has caused some tenants to sue him as the managers of the company that provided private flights. Musk also seems to want to cut something vital: the infrastructure of cloud servers.

Falls on Twitter. That is undoubtedly having an impact on the availability of the service and even on the security of your data. a recent attack It served to make the data of almost all its users public, and last Friday third-party clients such as Tweetbot or Twiterrific stopped working for no apparent reason and without warning. Craig Hockenberry, Developer at Twitterrific, said openly that this disconnection was yet another episode of the “shit show” that Musk has put on.

Auctioning up the coffee machine. The closure of some offices has also meant that many of the items previously used by Twitter employees are put up for sale. For example, coffee machines, ovens and other appliances, but not only that. Tables, chairs, sofas, partition panels, entertainment systems media and even a light panel with the Twitter logo are available in a unique auction that begins tomorrow.

I will resign as CEO as soon as I find someone foolish enough to take the job! After that, I will just run the software & servers teams.

We still don’t have a replacement for Musk. And meanwhile, there remains no alternative to Musk as CEO. The users clearly voted for him to resign as CEO and according to him he was already looking for a replacement before that survey, but the process is still ongoing for now. Of course: he will continue to command a lot: “I will only take the software and server equipment”, he affirmed after confirming that he would resign as soon as he found someone “crazy enough to accept the job”. 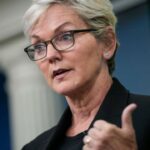