El Salvador is the country with the highest rate of prisoners in the world, according to NGOs 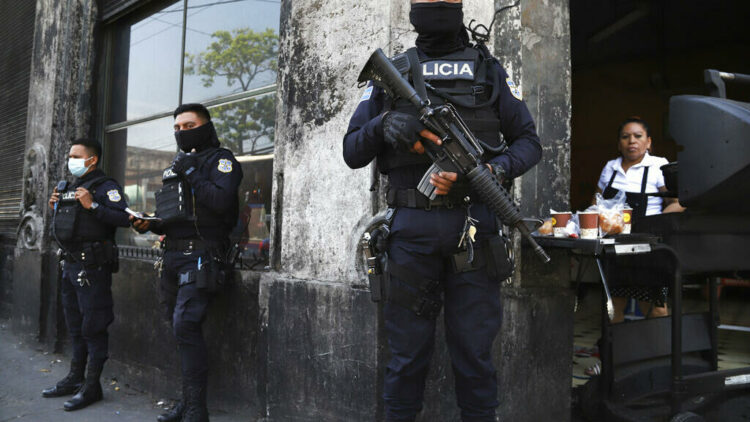 Due to the increase in arrests made during the emergency regime, imposed in March, to combat gang crimes, the NGO Fespad assures that 83,000 Salvadorans are currently in prison, and that the rate of overcrowding in prisons climbed to 106 %.

With the number of arrests made during the emergency regime, El Salvador came to occupy the first place in the world for the rate of people arrested per 100,000 inhabitantsassured RFI Héctor Carillo, director of Access to Justice of the Foundation of Studies for the Application of Law (fespad).

According to the database World Prison BriefUntil 2020, the prison population rate in El Salvador was 564 per 100,000 inhabitants.

“The security policies that have been promoted have not been comprehensive, and as a consequence, they have filled the prisons with people. And yet the situation of violence in the country continues, due to the erroneous perception, government after government, of pretending that with the arrests the issue of violence in El Salvador is being addressed,” Carillo explained.

According to the specialist in justice and human rights issues, “it is important to point out that we went from 7,900 people [en prisión] in 2000 to 37,000 in 2020. Until this exceptional regime, we were around 563 people deprived of liberty for every 100,000 inhabitants, that is, a significant growth in the prison population. The exception regime, to date, has involved the capture of more than 46,000 people in four months. A rate of people deprived of liberty that is around 1,300 people for every 100,000 inhabitants”.

Is about “a disproportionate number of people that have been captured in the framework of the implementation of the emergency regime, even above countries like the United States,” he added.

The specialist in justice and human rights issues explained that these data reveal that with the exception regime, the overcrowding of the prison population in the country has doubled. “Currently we have more than 83,000 people deprived of liberty, while the capacity of the prison system is 27,209, according to 2020 data,” he detailed.

According to data from the NGO Cristosal, in the four months of the emergency regime ordered by President Bukele, a total of 2,426 complaints of arbitrary arrests and other human rights violations. Relatives of the 46,000 detainees marched this week claiming their innocence and demanding that they be released.

“The capture of a person without being linked to a criminal act in itself is serious, but it makes it more serious when an entire legal and institutional framework has been created that leaves citizens completely defenseless against abuses of power and specifically, against the application of the emergency regime”, comments Carillo.

“A legal framework has been created that, for example, prohibits judges from granting alternative measures to provisional detention in all cases where the crime attributed to the detained person has to do with the issue of gangs,” details the report. expert, adding that “provisional detention should be the exception and not the rule”.

Another reform of the exceptional regime for suspects of belonging to maras or gangs is to prolong preventive detention, which by law is two years, and extend it to the entire duration of the process.

For Héctor Carillo, it is important that “constitutional parameters and jurisprudential criteria are being met to prevent the prison system from ceasing to fulfill its role and becoming a place where the rights of the population are systematically affected, including those that They have been captured without being linked to any criminal act.”