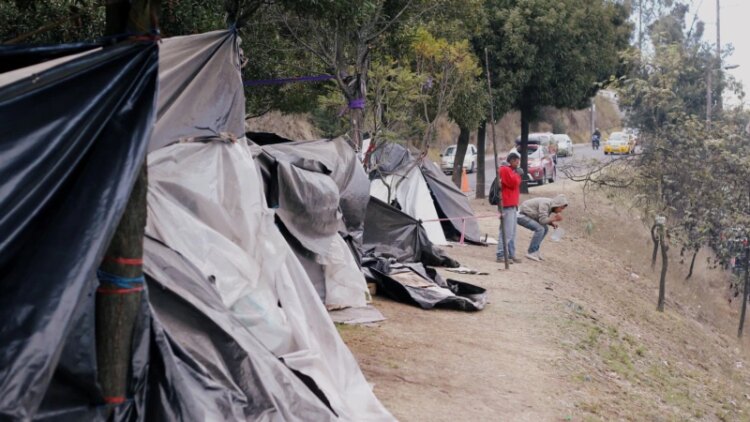 The Ecuadorian government reported that on Thursday the migration regularization process of thousands of Venezuelans will begin, many of whom entered the country through irregular border crossings.

The new immigration registry will allow them to access a three-year visa and then an identity document, with which their stay in the country will be protected by Ecuadorian law.

In a press conference, the Deputy Minister of Human Mobility, Silvia Espíndola, said this Wednesday that an internet page has been set up to start the process and then the immigrant must go to any of the 19 registration points set up throughout the country.

“We seek to provide the same rights that are offered to our Ecuadorian citizens abroad,” he added.

Ecuador does not have official figures for Venezuelan immigrants because many arrived during the pandemic without going through immigration controls, especially through the border area with Colombia, but according to the Venezuelan Refugee and Migrant Platform, the number is around 502,000.

In a first phase, it is expected to regularize about 350,000 Venezuelans, said Vice Minister Espíndola.

For her part, the Vice Minister of Citizen Security, Sandra Molina, indicated that all Venezuelan citizens who have a criminal record in their country or in Ecuador will be excluded from this procedure.

The United Nations Office for Refugees, UNHCR, estimates that around six million people have left Venezuela, mired in a deep economic and social crisis.

Colombia is the country where the most Venezuelans have settled, with some 2.5 million.