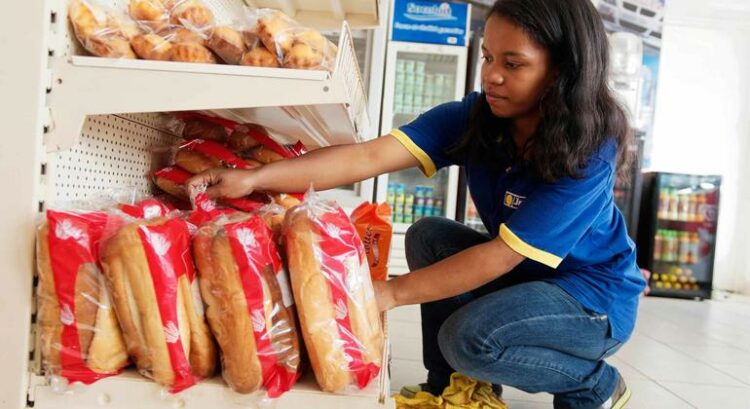 The number of young people around the world who cannot find work this year will reach 73 million, six million more than before the appearance of COVID-19, the International Labor Organization (ILO).

Since the global health emergency was declared in early 2020, the pandemic has brought many additional problems for 15-24-year-olds who have experienced “much higher” job losses than older workers.

Young women have struggled more than their male counterparts to find work, while Arab nations are expected to see the highest levels of youth unemployment by the end of the year, compared to the world average.

“We know that the COVID-19 pandemic has wreaked havoc on youth labor markets around the world,” said Martha Newton, ILO Deputy Director-General for Policy.

A 23% increase in unemployment

“The pandemic exposes a number of shortcomings in the way the needs of young people are addressedespecially for the most vulnerable, first-time job seekers, school dropouts, recent graduates with little experience, and those who remain inactive because they had no choice.”

Speaking of the launch of the ILO report, “Global Employment Trends for Youth 2022: Investing in Transforming the Future of Youth. Newton said that the proportion of young people without employment, education or training in 2020 increased to 23.3%.

That represents a 1.5% increase from 2019, according to the ILO report and represents a level of unemployment not seen in at least 15 years.

“This group of young people is at particular risk of their labor market opportunities and outcomes deteriorating in the long term as well, as the ‘scarring’ effects (of COVID-19) take hold,” he noted.

The report’s conclusions include the worrying finding that young women face a worse situation than young men when it comes to finding a job. This year, it is expected fewer than three in 10 young women worldwide workcompared to more than four in 10 young men.

Only high-income countries are on the road to recovery

The latest labor data reviewed by the ILO indicated that only high-income regions are likely to see a recovery in youth unemployment levels by the end of the year, approaching “towards 2019 levels”.

In low-income countries, youth unemployment rates are expected to remain more than one percentage point above pre-crisis values.

In Africathe continent’s youth unemployment rate of 12.7% belies the fact that many young people have chosen to withdraw from the labor market altogethersaid the ILO. It also noted that “more than one in five young people in Africa were not in employment, education or training in 2020, and the trend has deteriorated.”

The Arab states have the highest and fastest growing youth unemployment rate worldwide, projected at 24.8% in 2022. “The situation is worse for young women in the region, with 42.5% unemployment in 2022, being almost three times more than the global average for young women, which is 14.5%”, said the ILO.

In Europe and Central Asia, unemployment among 15-24 year olds is forecast to be 1.5% higher than the rest of the world this year (16.4% vs. world average of 14.9%). Although there has been “substantial progress” in reducing youth unemployment for both women and men, the ILO said the fallout from Russia’s invasion of Ukraine was “highly likely to affect outcomes”.

in Asia Pacific it is estimated that 14.9% of young workers are still looking for work in line with the world average.

And in Latin America The outlook is likely to remain worrying as the rate is expected to rise to 20.5%. “Historically, unemployment rates for young women have been higher than those for young men (in Latin American countries), but the crisis has exacerbated this trend,” the ILO report says.

However, the picture is radically different in North Americawhere the youth and young adult unemployment rate is expected to be at levels above the world average, around 8.3%.

The solutions are green and blue.

To deal with this problem, the UN agency urged governments to apply sustainable green and blue policy measures (referring to those related to the creation of green jobs on land and at sea). According to the report, this could create an additional 8.4 million jobs for young people by 2030.

If universal broadband coverage is achieved by 2030, some 24 million new jobs could be created worldwide, of which 6.4 million are young workers.