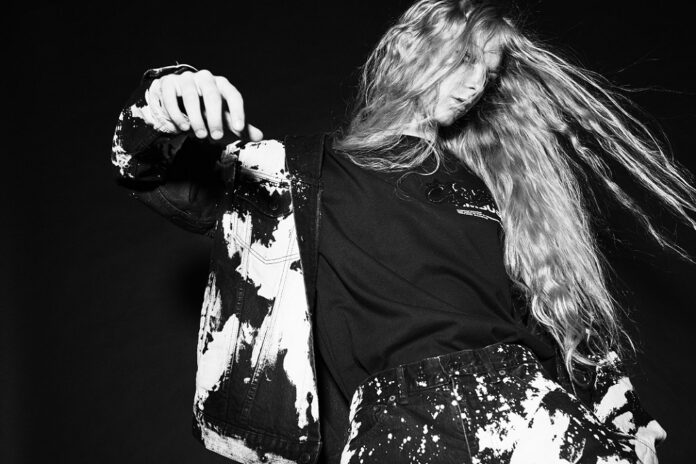 Japanese avant-garde designer Yohji Yamamoto launched his new project “Wildside Yohji Yamamoto” at an online event on July 20. It is characterized by its black conceptual color, and by not being limited only to fashion, since it also includes objects of art, interior design and lifestyle.

Concepts such as «military», «work» and «sport» as keywords, elements extracted from the essence of Yohji Yamamoto, they are reconstructed with an informal touch in the garments that make up the collection, which is also unisex, and has customizations available.

On the occasion, the Wildlside brand was also launched within the Yohji Yamamoto universe, which indicates that the aesthetic that characterizes this project is here to stay and has a great future within the company.

In addition, the collection includes special items and garments that have been made in collaboration with other Japanese brands such as “NEEDLES”, “NOMA td”, “HYSTERIC GLAMOR”, “AMBUSH” and “MINEDENIM”.

In terms of art proposals, “Wildside Yohji Yamamoto” collaborates with galleries and artists in Japan who have a close affinity with Yamamoto, such as the Akio Nagasawa Gallery, which presents photographs of the architecture of Tadao Ando Taken by photographer Takay.

So too, the Taka Ishii Gallery presents «Tights», a representative work of the photographer daido moriyama and drawings by the painter Tomoo Gokita.

In addition, the organization highlighted that a unique special painting by the contemporary artist will soon be available. Takeru Amano for “Wildside Yohji Yamamoto”.

In addition to “Fashion” and “Art”, the web page that was launched to make the launch official, also presents a third category, “Contents”, which includes interviews and articles about associated companies and collaborators.

Yohji Yamamoto was born in Tokyo in 1943. He studied law at Keio University, but thanks to his mother discovered her vocation for sewing. In 1976, after passing through a fashion school and winning several awards, she launched her first collection. In her career she has collaborated with several brands, including Adidas (Y-3), Hermès, Mikimoto and Mandarina Duck; and with artists such as Tina Turner, Sir Elton John, Placebo, Takeshi Kitano, Pina Bausch and Heiner Müller.

In 1981, due to the success achieved so far in Japan, he managed to settle in Paris, where he opened his first store. Since then, his two main lines, Yohji Yamamoto and Y’s, have been sold in high-end department stores around the world, recording sales of over $100 million in 2007. Yamamoto’s other lines include Pour Homme, Costume d’Homme, and Regulation Yohji Yamamoto.

The company became more than $65 million in debt in 2009, which led to its restructuring. Private equity firm Integral Corp. restructured Yohji Yamamoto Inc., which by November 2010 I was debt free.

In recent years, Yamamoto has stood out for his sportswear line produced in collaboration with Adidas, Y-3, and thanks to other works such as his artistic partnership with the famous director Takeshi Kitano, for whose films he designs most of the costumes.