The Spanish ask for more investment in Health and Science and less in Defense, according to the CIS 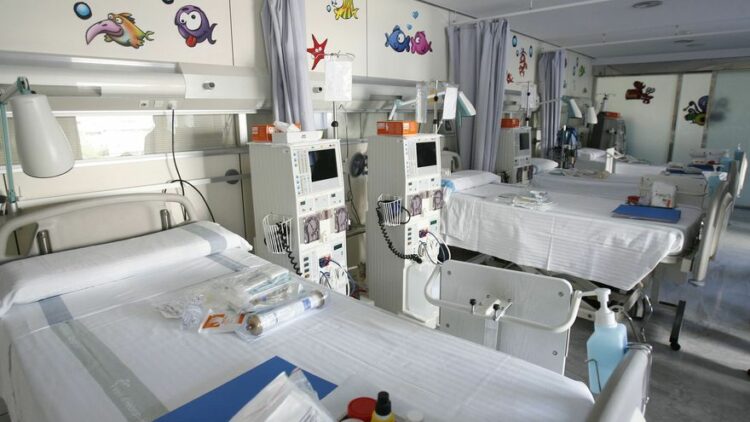 Public administrations invest very few resources in health, science, environmental protection and the rural environment, while too much money is devoted to Defense. It is the result of the latest survey of public opinion and fiscal policy by the Center for Sociological Research (CIS), which produces an x-ray of the perception that Spanish citizens have of taxes and the functioning of public services. 59.4% say that the former are necessary so that the State can lend the latter, but 79.9% consider that those who have more do not pay more.

The survey, carried out between July 21 and 30, asks citizens if they think that the necessary money that comes from taxes is dedicated to financing different public services and benefits, too little or too much. Here issues such as education, health, culture, housing, justice, defense or social services, among others, are broken down. The majority answers “very few” in almost all the boxes. This response is only below 50% in unemployment protection (42.5%), public works (32.8%), citizen security (40.2%) and transport and communications (33.7%). The lowest rate goes to Defense.

Only 27.3% of those surveyed consider that very little tax money is spent on these policies. And if in that column it is the lowest figure, in that of citizens who believe that “too much” effort is being devoted, it is the highest by far: 27.8%, 15 points more than the second, public works. Some data that is known in the middle of the war in Europe and a few months after the announcement by the Prime Minister that Spain would reach 2% of GDP in this area in the coming years. A measure with which the minority partner of the coalition, United We Can, and other partners of the Executive disagree, but which NATO demands.

On the contrary, Spanish citizens consider that very few resources are invested in other core issues of the welfare state. After a pandemic that paralyzed the country and has cost 110,000 lives in Spain, the vast majority of respondents affirm that very little is invested in research in science and technology (almost 9 out of 10) and in Health (more than 7 out of 10) . In a summer of heat waves and large fires, the population also considers that the protection of the environment (75%) and the rural environment (75.9%) are being neglected.

The operation of public services is an issue that concerns citizens, according to the CIS. 35.4% speak very frequently about this matter with the people around them and 39.3% do so quite a lot. Only 24.5% do it little or never. 5.6% consider that society does not benefit at all from public services and social benefits, compared to 10.4% who say that it does a lot. In between, there is 50.1% who respond “a little” and 30.8% who say “quite a lot”.

Despite this higher percentage that considers that society benefits little or not at all from the services that are financed through taxes and contributions, those surveyed give not evading taxes an importance of 8.68 out of 10. A very high score, but below that which is granted to always comply with the law and regulations (8.84), respect the opinions of others (9.19) and be a responsible and honest person (9.48).

Which ones do you think work satisfactorily? They approve of public transport (60.8%), citizen security (58.5%) and health care (55.3%), the only services with which more than half of those surveyed answered that they are very or quite satisfied. On the other side of the scale are the services with which citizens show a high degree of dissatisfaction. At the head in discontent, Justice. 67.7% affirm that they work little or not at all satisfactorily, followed by help for dependent persons (56.8%) and pensions (48.2%).

What the majority of the population is clear about is that “taxes are necessary for the State to be able to provide public services”. This statement is supported by 59.4% of those surveyed, six out of 10. 15.2% consider that they are a means to better redistribute wealth in society and 23.5% affirm that they are something that the State forced to pay without knowing very well in exchange for what”.

Despite this response, on a scale of zero to 10, where 10 is wanting to pay less taxes even though public services have to be reduced and 0 is defending an improvement in these services, even though more taxes have to be paid, 40% are in the scale from zero to four; 29.3% in five; and the rest, 30.7%, from six to 10.

Eight out of 10 respondents consider that in Spain taxes are not collected fairly. That is, they do not believe that those who have more pay more. In fact, 91.3% believe that there is a lot or quite a lot of tax fraud and 19.4% say that the main reason why people hide part or all of their income from the Treasury is because those who have the most avoid or minimize payment of taxes. It is the highest percentage, ahead of 18.2% who believe that salaries are too low and that other options must be sought to obtain money.

the pillars of President Petro's speech