The Milan stock market falls 1.6% due to crisis in the Italian government 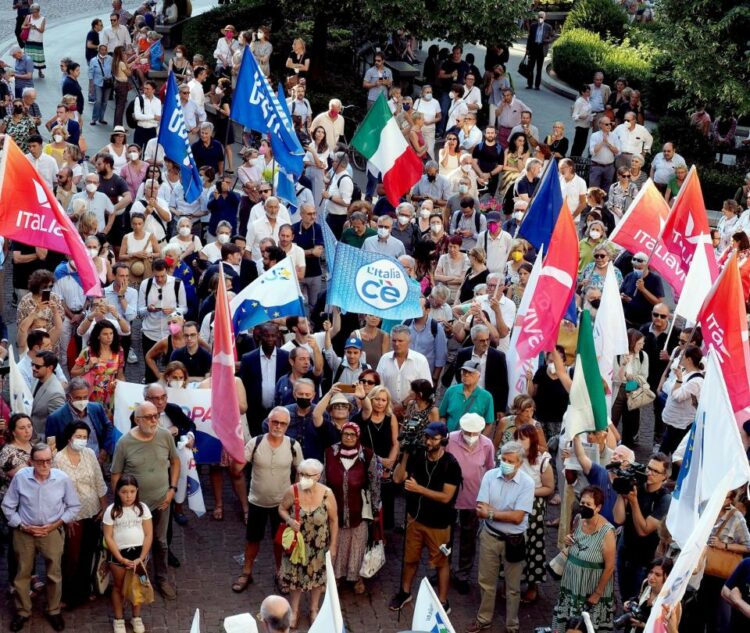 European stock markets closed in the red yesterday, in a context of uncertainties about the supply of Russian gas, the rise in interest rates on the European Central Bank (ECB) and the political situation in Italy.

The Paris stock market lost 0.27%, Frankfurt 0.20%, and London 0.39%. Madrid lost 1.18%. Milan suffered the biggest drop, losing 1.60%, while Italian Prime Minister Mario Draghi tried to save his government. The stock market is also cautious ahead of the ECB’s decision on interest rates.

Investors opted for sales due to the political tensions experienced in the Italian Senate, where it will be decided whether to maintain support for the national unity coalition led by Mario Draghi, after it entered into a serious crisis due to tensions with one of its partners, the 5 Star Movement (M5S).

At the beginning of the session, the prime minister nominated himself to continue governing, which encouraged investors, but, as the discussions progressed, the confrontation between the right and the M5S increased the threat to Draghi’s continuity, a reality that translated into a greater drop in the stock market.

For its part, the German stock market began trading with profits but fell back after the Russian Foreign Minister, Sergei Lavrov, said that the objectives of the “military operation” Russia in Ukraine have changed and now include not only the self-proclaimed people’s republics of Donetsk and Lugansk, but also other territories.

In the German index MDAX of medium-sized companies, the gas company Uniper soared 12.7%, up to 11.72 euros, which adds to the 10% rise in the previous negotiation, due to expectations that Russia will resume gas supply today through the Nord Stream 1 gas pipeline.

Canada joins the US in claiming Mexico's energy policies