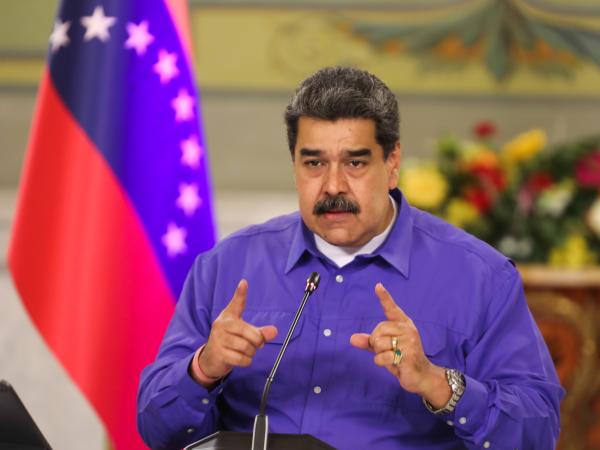 With great fanfare, the administration of Nicholas Maduro announced the creation and establishment of the Special Economic Zones in Venezuela (ZEE), in an attempt to capitalize on the incipient economic recovery in the country, after the liberal policies applied in recent years.

“I am sure that this Law comes to build new territorial, regional engines, based on the growth of the productive economy and the real economy”, announced Nicolás Maduro in an official speech.

This law had the full support of the National Assembly with a Chavista majority, but not with the approval of economic analysts in the neighboring country, who agree that beyond this new mechanism, confidence and background macroeconomic factors continue to be the country’s main challenges.

The SEZ system is recognized in the world, especially in Asia, with the greatest success of recent times: the Chinese model.

SEZs can be defined as “a geographical area delimited within the borders of a country where the business rules are different from those that prevail in the rest of the territory”, according to a study by the National Autonomous University of Mexico.

These differences may be in investment conditions, international trade, customs; taxes and regulations.

“It seeks to provide the area with a more liberal business environment (from a political-economic perspective) and more effective (administratively) than the one that prevails in the rest of the national territory.”, states the university research document.

The text specifies that, although they may overlap with free zones, “the activities of the SEZs are much more comprehensive, covering not only manufacturing activity, but also agriculture, tourism, trade and real estate development.”

In the Venezuelan case, These new development spaces will be under the supervision and coordination of the recently created Superintendence of Special Economic Zones.

At the same time, Maduro announced the first five special economic zones, all located on the northern coast of Venezuela.

They will be located in the Paraguaná Peninsula (Falcón state); in the Puerto Cabello – Morón corridor (Carabobo state); in La Guaira (capital of the homonymous state); on the island of Margarita (Nueva Esparta state) and on the island of La Tortuga (Federal Dependencies).

Regarding the latter, it was already known that the Administration of Nicolás Maduro seeks to take advantage of the potential of this island in the Caribbean Sea with the development of tourist infrastructure and compete with the ABC islands (Aruba, Bonaire and Curacao).

“In the ZEE, the government is allowing the tax burden for companies to be lowered, promoting some type of production, encouraging the arrival of foreign investors with tax incentives that are attractive to them. Also, what the government is looking for is to increase exports from these areas”Jesús Palacios Chacín, senior economist at the consulting firm Ecoanalítica, explained to Portafolio.

Venezuelan economic analysts agree that one of the country’s challenges is building trust with investors and the underlying macroeconomic challenges, such as high inflation, which, in his opinion, should be dealt with first.

“Those who expropriated and confiscated companies right now are desperately looking for those who invest and bring dollars to Venezuela (…) In a country without economic statistics and without credibility, how does an investor assess whether an investment is worthwhile? He has no way to do it”, wrote the Venezuelan economist José Guerra…

The Iesa teacher, José Manuel Puente, told Portfolio that this new regime “it is a card up the sleeve of the revolution to which he attributes the possibility of reactivating the economy” although, in his opinion, it is not very clear.

“The reactivation of the country’s economy goes through a macroeconomic adjustment program with fiscal, monetary and exchange policies, as well as international financial aid. From 2014 to 2020 the country lost 75.9% of GDP“, said.

remembered that many of the imbalances that led to the seven-year recession are still present “because the origin of the problem has not yet been touched” and recalled that although hyperinflation has been overcome, “the country still has the highest inflation in the world.”

The country’s economy is slowing down

Although the Caribbean country experienced a slight growth in its GDP last year, which is also projected for 2022, the challenges facing the rest of the world will also take their toll.

Jesús Palacios Chacín, senior economist at Ecoanalítica, pointed out that in the first half of 2022, the country’s GDP grew by double digits, close to 10%, according to his calculations, “but with some trends towards a slowdown in retail and in food and personal care”.

According to Palacios, “there is concern for the second half of the year due to the endogenous and exogenous impact of inflation that can curb the consumption of the average Venezuelan and slow down economic activity”.

Maduro said, without showing data, that the country’s GDP grew above double digits in the first half of the year.