Spain opposes the Brussels plan to ration gas, since it forces an effort that does not correspond to it 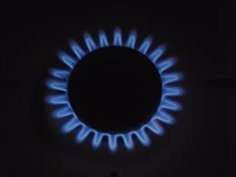 “Unlike other countries, we Spaniards have not lived beyond our means from an energy point of view”

The Third Vice President of the Government and Minister for the Ecological Transition and the Demographic Challenge, Teresa Ribera, has announced that Spain “does not support” the proposal put forward by Brussels to impose reductions in gas consumption on EU countries in situations of alert to a possible cut in supply by Russia.

At a press conference, Ribera stressed that Spain is “a pro-European and supportive country”, but assured that “a disproportionate sacrifice” cannot be asked for, since “unlike other countries, we Spaniards have not lived above our possibilities from the energetic point of view”.

For this reason, the minister urged the European “partners” to “debate in an open, transparent and respectful way” on the best way to support each other in this regard.

In this way, Ribera responded emphatically to the proposal put forward this Wednesday by the European Commission to cut its gas consumption by 15% voluntarily until next spring, a reduction that Brussels wants to be able to impose on a mandatory basis in the event of an alert to security of supply.

Specifically, this cut would be from August 1 of this year until March 31 of next year and would imply that public administrations, households, owners of public buildings, energy providers and industry must take measures to save gas.

Ribera warned that the European Commission’s proposal has consequences “from the economic, social, redistributive and geopolitical impact point of view”, which are “important enough to deserve a channel for listening and participation by all member states”.

“We do not disagree with the objectives and the role from the point of view of solidarity, but it does not seem correct to find ourselves with a menu of the day already designed without asking ourselves our food limitations,” he asserted.

In addition, he considered it unfair to find a “list of duties on which we have not been consulted and that would end up benefiting third countries without any benefit for other countries,” he said.

In this sense, he highlighted the “fundamental” role that Spain can play as a “gateway” for more than 30% of liquefied natural gas (LNG) to Europe and with infrastructures prepared to support “its neighbors”.

“WHATEVER HAPPENS” SPAIN IS NOT GOING TO SUFFER GAS OUTAGES

Likewise, Ribera made it clear that “no matter what happens, Spanish families are not going to suffer gas and electricity cuts in their homes” and he is going to “defend the position” of the Spanish industry.

“Spain has done its homework in this area, paying more than many European partners,” he said, adding that the Government “resists the imposition of obligations above what corresponds to us in terms of effort and other community partners are asked “.

In this regard, the third vice-president indicated that Spain has a natural gas storage capacity that is already more than 80%, while the level of the rest of Europe is around 50%, as well as strategic reserves of filled with natural gas up to 90%. “We have achieved a position that allows us to say that the (European) Commission’s proposal is neither the most effective nor the most efficient and fair”.

Likewise, he highlighted the solidarity of Spain in energy matters, which in the last month has exported more than 20% of the gas imported by the country to other member countries.

In this way, he assured that Spain will go to the European Energy Council on July 26 “to defend the interests of all Spaniards with a supportive, effective, efficient and coordinated proposal”.

Ribera considered that the proposal made by Brussels this Wednesday can be admitted as “a starting point, but not as a” point of arrival”, given a “clear lack of dialogue, which must be corrected as soon as possible”. “The first thing that one What you need to do when you need support and help is to work with those you ask for support and help,” the minister stressed.

Caño Cristales, the 'charm' of the colored river, threatened by deforestation in Colombia