President Duque presents to Congress the balance of his Government 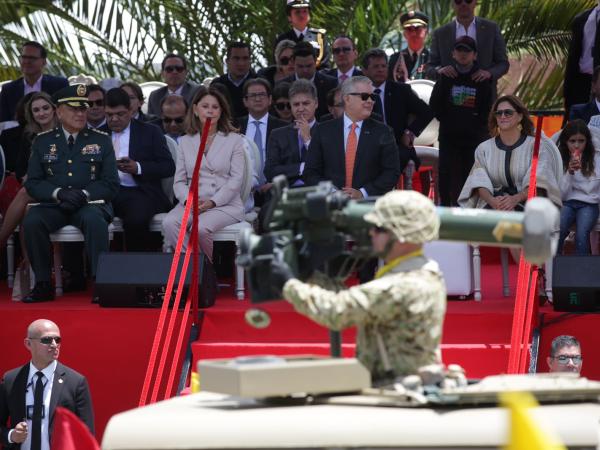 Advance this Wednesday July 20 the commemoration of the 212 years of Independence of Colombiaa day on which the Congress of the Republic will also be installed and military honors will be paid to the fathers of the country.

See here the minute by minute of how the day passes in the country.

(5:00 pm) President Iván Duque begins his speech at the installation of the Congress with a balance of his administration.

(3:00 pm) The congressmen elected for the period 2022-2026 begin to arrive at the Elliptical Hall for the Installation of the new Congress.

(12:00 noon) President Iván Duque attends the commemoration of Independence Day, the last in his Government. This parade returned, after two years in which it was not held due to the pandemic.

(10:00 a.m.) Military parades begin in the main cities of the country such as Bogotá, Cali and Medellín.

It is estimated that the military deployment will last until 2:00 pm, at which time the operation to reopen the roads will also begin.

(8:00 am) Mobility authorities recall the road closures on the occasion of the ‘Independence Day’ parade. Keep in mind that the route will be on the western road of Boyacá Avenue, between 170th Street and 116th Street.

The Mobility Secretary @felipe_ramirremember the road closures that will take place tomorrow, Wednesday, July 20, on Av. Boyacá, on the occasion of the ‘Independence Day’ parade.

Bolivia will promote vaccination in schools due to COVID-19 outbreak