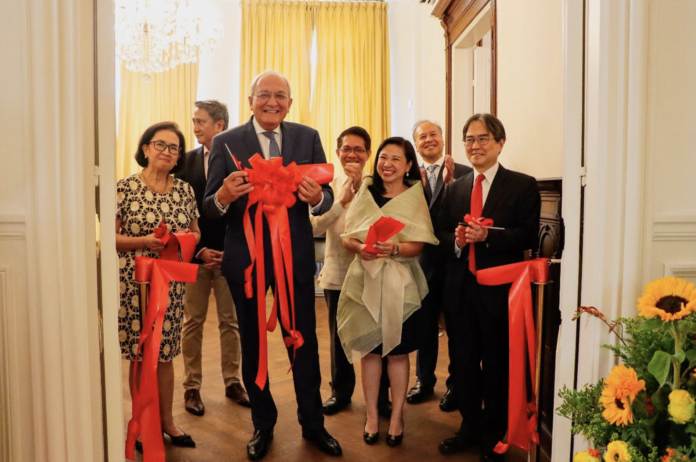 The event was held in honor of the President of the Court, César Bengzon, as the first and so far only Philippine judge of the International Court of Justice, who served a full nine-year term on the World Court, from 1967 to 1976.

In his opening address, ICJ Vice President Kirill Gevorgian praised Justice Bengzon’s valuable experience as Chief Justice of the Philippines, which brought a different perspective to ICJ members and added flavor to the work of the ICJ. Court and the development of international law.

The Philippines inaugurated the new headquarters of the Embassy in Argentina

“Judge Bengzon contributed to a number of seminal rulings and advisory opinions that have become crucial to the protection of human rights around the world,” Gevorgian added.

In his opening speech, the Philippine Ambassador to the Netherlands, J. Eduardo Malaya, said that “by holding this event, the Philippine Embassy and Government reaffirm their continued faith and commitment to international law and the State Law in interstate relations. We do so by remembering the valuable services of three eminent Filipinos who, in their own way, have made significant contributions to the international legal institutions they served and to the field of international law in general… As we inaugurate the ICJ Judge Bengzon Chamber, we look forward to let it be a place that commemorates the legacies of Bengzon, Feliciano and Pangalangan not only for the Philippines and other countries, but for The Hague, which we affectionately call the international city of peace and justice.”

Bengzon is the only Filipino and Southeast Asian to have sat on the ICJ, Malaya noted.

Various personalities from international law and diplomats attended, notably ICJ Judges Peter Tomka and Hilary Charlesworth, Secretary General Marcin Czepelak of the Permanent Court of Arbitration, Secretary General Prof. Jean-Marc Thouvenin of the Academy of International Law of The Hague, the Director Karin Mossenlechner of the Department of Asia and Oceania of the Ministry of Foreign Affairs of the Netherlands, and Mr. Jules van Eijndhoven, Head of the Treaty Division of the MFA. The Permanent Representative of the Philippine Mission to the World Trade Organization in Geneva, Manuel Teehankee, also attended the inauguration.