Ice makers say they try to "keep stocked" to its customers, but what about "a lot of market to cover" 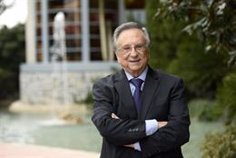 They warn that there is “a somewhat complicated situation”

The shortage of ice is causing larger factories, such as Hielos La Estrella in Coria del Río (Seville), to increase their production to the maximum, although despite this they point out that “there is a lot of market to cover”.

Thus, those responsible have stressed that they are trying to “keep their customers supplied” despite the high demand.

Speaking to Europa Press, the person in charge of Hielos La Estrella, Alba Aparicio, has assured that it is “a somewhat complicated situation”, since although her clients “have not come to run out of any ice, we have had to divide production for sales.

“Our customers have understood it, they are faithful throughout the year. They know that there is no ice, but they do have it. Not the amount they want, neither they nor us, but they are not one hundred percent scarce,” he said. This problem has caused them to receive calls from many places in Spain, Morocco or Portugal, such as “Madrid and Barcelona that did not have a single cube”. Thus, he has argued that “they cannot serve them because they take the product away from their customers.”

Regarding the level of production, Aparicio has pointed out that “we started this June with about 80,000 kilos a day, which we have increased by almost 90,000, since we have adjusted a couple of things to have the maximum possible.” In addition, he has stated that they have a camera “totally empty and turned off” and that the others are “right now around five or six percent”, something that he could not confirm in two hours.

He also pointed out that trucks are coming in and out “24 hours a day” and that “we try to always have product to be able to supply freelancers who come, or a bar that is lacking, that is our client, so we always leave something.”

For his part, the manager of the company, José Manuel Aparicio, has stressed that they have been working 24 hours since May, divided into three shifts of two people.

In addition, he wanted to point out that after 22 years of operating the company, this situation has only been repeated in 2003. “Summer came very early and it is the situation we have now. That is where we realized that the warehouses do not they are practically worth nothing, because at the time a warehouse was emptied there was no longer production to fill it, so we began to invest in production”. He has also insisted on production limits, since “these are machines that also break down.”

The manager wanted to point out that “his customers do not complain because they understand the situation, since they are seeing that they have ice while there are delivery men and factories that have nothing and have not delivered to customers for more than a week.” “They are pulling as best they can, as we all are, hoping that this month will pass so that everything returns to normal.”

At last they do not go away: days without VAT will remain, but they will make changes

Thus, he concluded by highlighting that none of his clients has run out of ice, but through a balance of consumption they have seen that they have the same amount as they had last year, since “they cannot do more”.