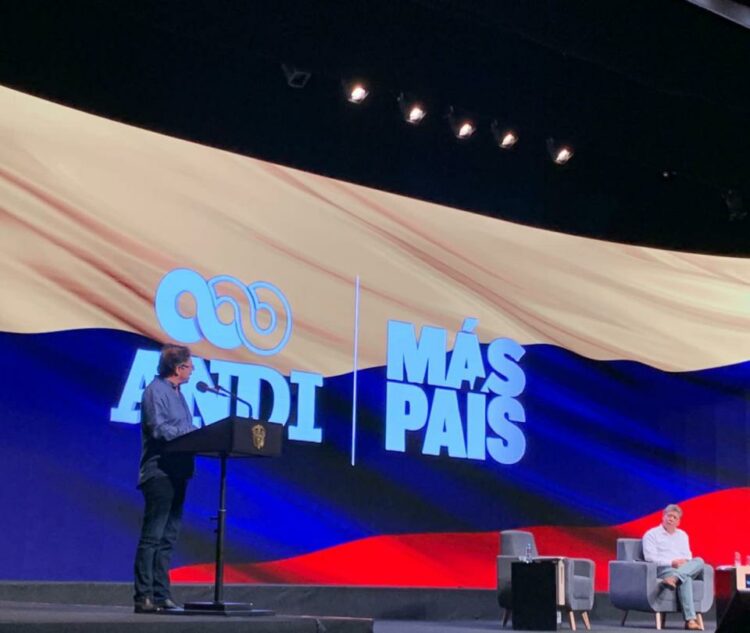 President Gustavo Petro proposed to businessmen that with the Government missions are structured to fight hunger and industrialize the country with clean energy.

The invitation was made at the closing of the Colombian Business Congress in Cartagena, in the first meeting he had with the private sector after taking office.
His initial message to the audience was that “it is very important that they approach the way in which we hope to develop the economy and public policy”.

By stating that in Colombia there is no industrial policy, dHe stressed that it is important for the country to advance in strengthening the sector and stressed that it is essential to understand that it is in production where wealth is generated and for this it would be necessary to think about agribusiness, as well as in the industry itself and in tourism.

In fact, he told the businessmen that the first step is an effective agrarian reform because it is necessary to “make the land a productive instrument”, citing as a successful example the boost that Korea has given to its economy.

The Head of State indicated that the industry cannot grow in the midst of an unequal and violent society, so it is necessary to solve the problems around land and taxes, arguing the importance of tax reform. On the other hand, he spoke of carrying out a social policy around fundamental rights, which is why the need to guarantee health, education, drinking water and a pension for the population is seen.

For Petro, the industrialization of the country and the guarantee of these rights will require that the State be in charge of it and not leave that task at the mercy of the market.

Before Petro’s intervention, the president of Andi, Bruce Mac Master, spoke, who told him the importance of building trust between government and entrepreneurs to work together with the objective of building and developing the country.

He told him that the businessmen affiliated with Andi are alien to ideologies and that the interest is to contribute to the solution of national problems. “We can be an accelerating and effective vehicle to meet your social, macroeconomic objectives“, he pointed.

Mac Master said that aside from concerns about the tax bill, Andi has concerns about other sectors. And the first one he mentioned was health. For the union leader, there are opportunities to build something better, he has virtues as evidenced in the pandemic and also has flaws that can be adjusted.
Mac Master also pointed out that Andi believes in diversification but not in the sacrifice of the mining and energy sector.

(Also: The request of the businessmen to Petro: ‘We want signs of confidence’).

The last day of the 7th. Colombian Business Congress was an occasion to make a recognition of outstanding entrepreneurs. Carlos Julio Ardila Gaviria, and Daniel Haime Gutt received the Order of Business Merit for their career and service to the productive sector and the country.

Ardila is the founder of the Hay Festival in Colombia and is part of the boards of directors of companies such as Avianca, Postobón, Ingenio Del Cauca, Cervecería Leona, Central Cervecera, RCN and Deutsche Bank Latam; and he is president of the business group of the Pacific Alliance, member of the World Economic Forum, member of the Trust For The Americas, (OEA), member of the Council of The Americas and of the Ibero-America forum.