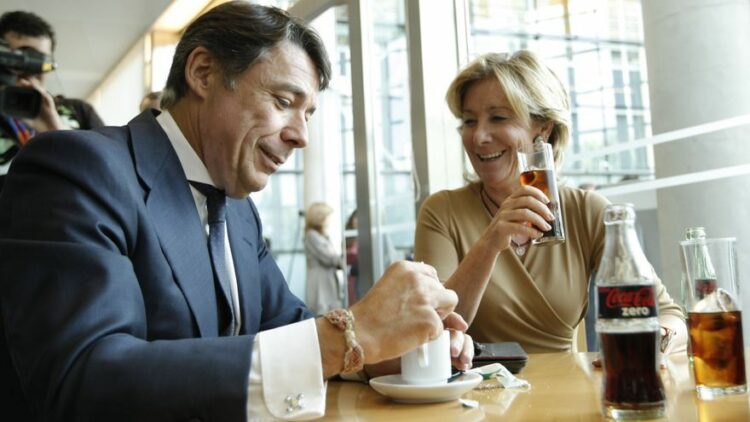 A wall of “frogs” protects Esperanza Aguirre from sitting on the bench due to the irregular financing system of the Madrid PP. The conclusions of Anticorruption in this piece of the Púnica case have lowered the initial expectations of the investigation regarding the number of members of his Government who could end up being tried, but at the same time they include key actors in the time of Aguirre: the councilors Salvador Victoria and Borja Sarasola, also with responsibilities in the party; Isabel Gallego, shadow of the president and responsible for the relationship with the media and, as happened in the case of box B of the national PP, the figure that acts as the main firewall between the leadership of the party and the action of justice , the manager/treasurer, in this case Beltrán Gutiérrez.

“I have appointed more than 500 senior officials and only two have come out of my head,” Aguirre told an investigative commission of the Madrid Assembly in February 2016. A year and a half had passed since the arrest of the one who had been his secretary general in the party and counselor for the Presidency, Justice and Interior in the regional government, Francisco Granados. Three months later, Ignacio González, his vice president and who replaced her at the head of the Madrid Executive, would suffer the same fate. The criterion regarding the prescription applied by the Anti-Corruption Prosecutor’s Office has freed González from this piece of Púnica – he will be judged by another – but not Granados.

Despite the drastic reduction in the number of those under investigation that the Anti-Corruption Prosecutor’s Office has carried out in its conclusions, some of them are very significant due to the proximity and hierarchical dependence on Esperanza Aguirre, to whom the prosecutor applied exculpatory arguments such as insufficient evidence, together or separately, such as “deliberate ignorance”.

Beltran Gutierrez. Just two questions were enough for Esperanza Aguirre to show the prosecutors of the Púnica case what her defense letters were going to be during the interrogation as a defendant in October 2019. The former president of the Community of Madrid brandished the Regulations of the Madrid PP and he read his article 46, relative to the “functions of the autonomic president”. Eleven points in which no reference is made to the financial management of training. Before the judge, Aguirre denied that there was a B box in the party that she presided over between 2004 and 2016, but just in case, she tried to make it clear that nothing related to financing was her responsibility. Identical defense to the one used by Mariano Rajoy and all the general secretaries of the PP, from Francisco Álvarez Cascos to María Dolores de Cospedal, in the case of the central box B.

A memory stick that the civil guards found in Beltrán Gutiérrez’s closet was a definitive leap in the irregular financing system of the Madrid PP to win elections. “He is responsible for the electoral accounts, his income, expenses and the accounting of the party that attends elections, being in turn, responsible for adjusting the party’s accounts and finances to the legality in said electoral elections” , says the Prosecutor’s Office. And after the management of Gutiérrez, an autonomous entity supposedly belonging to Aguirre, the latter swept the 2007 and 2011 regional elections, spending much more on the campaign than what his party declared to the Court of Auditors.

Elizabeth Gallego. Always at Esperanza Aguirre’s side, the journalist Isabel Gallego is responsible for the former president’s triumphal walk through most of the Madrid media during her period as head of the regional Executive. Prosecutor Alejandro Cabaleiro says that the investigation has proven that Gallego was “perfectly aware” of online reputation work, such as the creation of zombie websites or search engine positioning, which were paid to the computer guru, between 2012 and 2014.

“There was no formal contracting and the payment method was covered up through both fictitious contracting and demanding that companies awarded public contracts by the CAM to ‘collaborate’ by paying expenses,” concludes prosecutor Alejandro Cabaleiro. Of course, among the people graced with these online reputation jobs was Esperanza Aguirre, only that, adds the prosecutor, there is no indication that she knew anything about how they were hired or where the money to pay them came from.

Francisco Granadas. The “frog” recognized by Aguirre is the great loser of this criminal containment work for the former president and despite the fact that he has been the only one of those mentioned who has clearly indicated that he is aware of the entire irregular financing structure and has even presented documentation that does not provide evidence of responsibility against Aguirre, according to the Public Ministry.

Granados was the director of the 2011 electoral campaign and, according to the prosecutor, “he began contacts with advertising companies so that they could prepare a communication strategy and some campaign guidelines for their subsequent presentation and executive decision (…). As director of the campaign, he was not only knowledgeable but director of the contracts that were being made to carry it out, ”writes Cabaleiro. Aguirre knew nothing.

In Francisco Granados is the origin of the Púnica case, through the rogatory commission that the Swiss authorities send when they find funds related to him in that country, and of this specific piece of the case, since in their possession, the Civil Guard He found the notebook where the inflows and outflows of black money from the party were noted, of which he would have kept a part, to share with Francisco Javier López Madrid. This, according to the prosecutors in the case, the two judges he has had and the UCO investigators themselves, but not for the prosecutor who signs the conclusions.

Borja Sarasol. He was the person from the party who introduced Alejandro de Pedro to the Community of Madrid, before the interlocutor with the computer scientist was Isabel Gallego. The prosecutor assures that Sarasola was the first to take charge of monitoring the invoicing of De Pedro’s companies, which he describes as follows: “The content of the work carried out was solely and exclusively for the benefit of Esperanza Aguirre Gil de Biedma, since campaigns were carried out to counteract negative news, as well as the creation of URLs that come from web spaces controlled by EICO [empresa de De Pedro] or of personal profiles created for her, having thereby managed to take over the Madrid search engine so that if it is consulted by name, the first 20 results would be of favorable information, even erasing some negative information from those first results”.

Sarasola was responsible for territorial mobilization in the autonomous elections of 2011, which focus the investigation of electoral crime for not having prescribed, according to the Prosecutor’s Office. His performance in those elections is worth an accusation for continued prevarication, influence peddling and embezzlement. With Ignacio González as president, Sarasola was Minister for the Environment and Territory Planning.

Savior Victoria. Prosecutor Cabaleiro assures that “there are reasonable indications to affirm that he was aware, beneficiary, promoter and solver” of the Internet reputation works that were paid fraudulently, and for which he is attributed an alleged crime of bribery and another of prevarication. The works were paid for through the public information technology company of the Community of Madrid, ICM, Canal de Isabel II or, indirectly, through Indra, which in turn was awarded contracts with the regional administration.

On September 15, 2014, he called the computer entrepreneur Alejandro de Pedro, who had his phone tapped, and told him: “No, but I’m asking you about that. I was with Martínez Nicolás (CEO of ICM) on Friday, and then I don’t really know why, those who have to do it, the day they had to do it, he’s like a bit scared, he’s a bit of an asshole, because this It’s been done all my life, nothing has ever happened. And it’s also egg to do it with you, egg, egg. Then…”