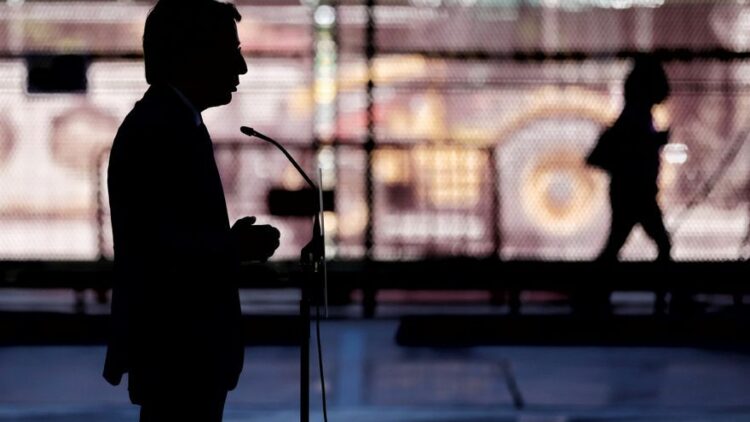 Sometimes a works council negotiates for days, weeks or months to get a pay rise or better working conditions. On Tuesday, the representatives of the cleaning workers in Madrid had to meet for ten hours with the concessionaire of the service so as not to die or not endanger their health. Capitalism doesn’t give you anything for free, a cynic would say. A realist would say something very similar.

The death of 60-year-old worker José Antonio González on Saturday from heat stroke suffered the day before revealed that the staff were carrying out their duties as if this were a normal summer. They worked in the street during the hottest hours, under the sun and at temperatures close to 40 degrees in many areas without shade and with a polyester uniform that did not breathe at all, which aggravated their situation.

There was already a heat wave in late spring and nobody did anything. Now the misfortune occurred that is difficult to describe as an accident, because it has little of an accident.

José Luis Martínez Almeida’s first reaction was to get rid of the dead man. Literally. He stated that it was the responsibility of the private company to which the Madrid street cleaning service was subcontracted. “Another advantage of privatization of municipal services is the outsourcing of the dead, who are no longer yours,” said the writer Juan José Millas.

In fact, Almeida felt so oblivious to this misfortune that he did not even talk about it on Twitter to show solidarity with the family of the deceased and his colleagues who work on the streets of the city of which he is mayor. Nor to announce changes that would protect the health of those workers.

The mayor spent three days missing from the social network, lest they remind him of the subject. He returned to activity on Monday to congratulate a chef on an award. He couldn’t escape the media questions and that’s when he opted for the dodge. It turns out that there was an Administration that should have done something, but it was not the Madrid City Council. “If there has been any violation of the occupational risk prevention standard, it is the Labor Inspectorate that has the power to verify it,” he told reporters.

It’s funny, but the street sweepers they wear the logo on their uniform of the Madrid City Council. It will be for decorative purposes, because the mayor does not feel concerned about his working conditions.

The opposition had to remind him of the responsibilities of the institution he presides over. “The City Council has the obligation to guarantee and protect the health of the people who work for it, because they work for municipal tasks, regardless of who they have the contract with,” said the spokeswoman for Más Madrid, Rita Maestre. “We cannot ignore any of them,” said the socialist Mar Espinar.

Almeida commented that he did not make these statements with “incriminating” intent. Of course, Mayor, no one thinks that the politician who spent a year acting as the national spokesman for his party to stir up the central government has ever dedicated himself to accusing others of not fulfilling his obligations.

The Ministry of Labor sent a circular to the companies of the sector in early July to activate measures against the heat and protect their workers. The City Council did not show any special concern. Perhaps for that reason there are subcontractors. They are the perfect method to ignore the consequences.

After those ten hours of meeting, Urbaser workers and representatives reached an agreement on Tuesday whose terms are quite logical, especially when it comes to changing schedules and avoiding working in the afternoons during the most dangerous level heat alerts. The goal is to reduce risk as much as possible. The issue of the lack of quality of the uniforms was left for later negotiation.

At that moment, a miracle occurred, a supernatural phenomenon in Almeida’s reaction. Now that there was an agreement, suddenly the mayor, who had asked that if someone was outraged by the death of a worker, call Yolanda Díaz, he went on to say that he had been involved in the search for a solution from the first minute. It was time to put on the medals.

No representative of the City Council participated in the negotiation between the company and the unions. Still, Almeida said the local government had “urged” the parties to sign an agreement on work during a heat wave. “The unfortunate death that we lived last Saturday cannot be allowed again,” he wrote.

Bad wording of the tweet, his communication director would have to tell him. It implies that so far it has been allowed, which in terms of risk assessment is very likely to be true.

A person had to die for the mayor to have it clear. Another worker suffered heat stroke on Tuesday and was hospitalized in serious condition.

Almeida is a paradigm of the politician who assumes the ways of the ruthless prosecutor when it comes to elucidating the responsibility of others, but who behaves like a helpless orphan who cannot be asked much when it comes to his own. “What Pablo Iglesias has to do is take care of nursing homes as he promised,” he said during the pandemic. He knew that the powers corresponded exclusively to the regional governments, but the priority was to corner the opponents.

As spokesperson for the PP, he held the central government responsible for the problems in the supply of masks due to their absence or lack of quality. The biggest scandal is the one that is being investigated in the courts on the sale to its City Hall of a game that served above all to enrich the accused. Almeida has appeared in that case as the victim. At least it has been proven how easy it is to fool him.

The case of the dead sweeper is also a story of precariousness. He had only a one-month contract and was going out of his way to get it renewed. He had changed shifts with a colleague and taken on the evening shift, the worst of the day. The subcontracting of services favors the existence of these extreme situations.

One day before his death, during an interview with the mayor on Cadena SER, a worker went live to explain his problems due to the heat. He recounted that the unions had sent a letter to the Councilor for the Environment in early June demanding changes to reduce the risks to his health. It was useless. “To date, the companies have not taken any action,” he said.

The agreed changes in working conditions came too late for José Antonio González.