The Executive Secretary of the Economic Commission for Latin America and the Caribbean (ECLAC), José Manuel Salazar-Xirinachs, proposed the implementation of cluster-based policies as a powerful instrument to promote growth and productive diversification, which help to get the region of the prolonged development crisis that characterizes it and that has prevented it from growing in a high, sustained and sustainable manner in recent decades, except when there have been bonanzas in the prices of primary products.

The senior United Nations official is in Davos, Switzerland, to participate in the World Economic Forum Annual Meeting 2023 (WEF), which takes place from January 16 to 20, an event that in its 53rd version brings together the largest number of political and economic leaders in the world in its history, including more than 50 heads of state or government, 56 finance ministers, 19 central bank presidents, 30 trade ministers and 35 foreign affairs ministers, under the motto “Cooperation in a fragmented world” (Cooperation in a Fragmented World).

Speaking at the session “Sustainable Solutions for Latin America” ​​-held on Wednesday, January 18 and attended by the President of Ecuador, the Vice President of the Dominican Republic, and prominent authorities from the public sector, businessmen and academics- the Executive Secretary of ECLAC He stressed that productivity has not grown at all in 30 years in Latin America and the Caribbean, which is the region of the world with the worst productivity performance in the last 40 years. He added that the average growth rate of the last ten years (from 2014 to 2023 inclusive, considering the projection of 1.3% growth for the current year) is only 0.9%, that is, less than half of the growth that the region experienced in the famous “lost decade” of the 1980s.

“Therefore, this decade will be more lost than that ‘lost decade.’ This is the true development crisis facing Latin America and the Caribbean: the region has miserably failed to promote technological sophistication, economic complexity, and diversification of production and exports, which has made all countries fall into the middle income trap,” he declared. As a result, none have even come close to the $20,000 per capita income threshold.

“We know that there are no easy recipes to achieve high, sustained and sustainable growth. There are no silver bullets. There is a whole list of things that have to be right: investment climate, infrastructure, education, macroeconomic balances, good governance. But one solution could be cluster initiative policies or cluster-based policies, which can be built from the bottom up, even if some of the factors on the competitiveness list are not 100% correct,” he explained.

He indicated that clusters are specific forms of public-private partnerships where a governance space is created in which all relevant actors collaborate to promote competitiveness, job creation, innovation, skills, financing, and the removal of obstacles to development. growth of the cluster, sector or agglomeration. The most successful clusters are those led by the private sector, with close cooperation from government agencies and educational and vocational training institutions.

“The countries of Latin America and the Caribbean must adopt cluster-based approaches and scale them up in their productive development policies. In this sense, we want to turn ECLAC into a Center of Excellence in Knowledge on cluster policies, among other topics”, specified the Executive Secretary of the Organization.

For its part, in the WEF session “Allow for an equitable transition” -carried out this Thursday, January 19- José Manuel Salazar-Xirinachs was one of the main speakers, together with prominent panelists who addressed the ways to incorporate equality and justice in the transition towards greener, more equitable and inclusive economies.

On the occasion, he emphasized the need to accelerate the pace of economic transformations in the region, saying that economic changes, whether induced by trade and globalization, by the technological revolution, or by green growth and the environmental big push, are a process of “creative destruction” or structural change where there are sectors, workers and territories that win, and others that lose. And he pointed out that the great challenge of public policy to promote a just and equitable transition is to make the creative aspects of change go ahead of the destructive aspects in terms of unemployment and the obsolescence of existing productive capacities.

He added that in order to have an equitable and fair transition, one of the fundamental aspects is to invest heavily in education and training. “One of the biggest restrictions to make the transition to the new is not having the talent and skills that the new sectors of the future demand,” she said. In addition, he recommended strengthening the so-called active labor market policies to help displaced workers get new job opportunities, via training, retraining, and job reinsertion policies.

On the other hand, in one column published in a special way in the blog of the Annual Meeting 2023 of the World Economic Forum, the Executive Secretary of ECLAC discussed how to reverse the cycle of slow growth suffered by Latin America and the Caribbean. In the text, Salazar-Xirinachs points out that the average growth of the countries of the region will be 1.3% in 2023, reflecting a structural trap of low growth, high inequality, weak institutions and poor governance, combined with adverse international conditions. . For this reason, “policy priorities must focus on reactivating labor markets, limiting increases in the cost of living, improving tax collection and protecting vulnerable groups, and investing in well-designed social policies and universal healthcare,” indicates in the post. 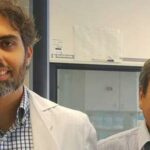