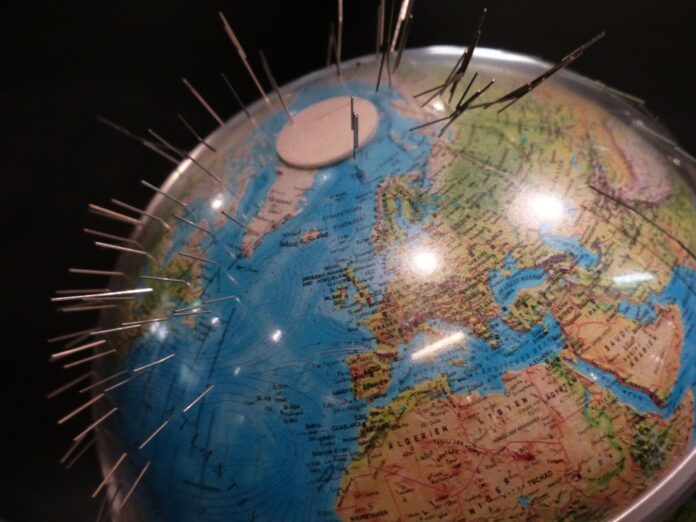 Right now, the magnetic north pole is shifting towards Siberia, at a speed that is uncomfortably high for navigation systems. There is a magnetic anomaly in the south atlantic in which the magnetosphere is unusually weak, but which, according to some scientists, is not a sign that the Earth’s poles are going to flip. for now

Perhaps these two phenomena are enough to appreciate that the place where we live is “alive” and constantly changing. Therefore, it is essential to know where we are going and understand where we have come from. More so when the Earth’s magnetic field is the natural shield that protects the atmosphere from the solar wind and the surface from the radiation of cosmic rays.

An investigation that has just been published in Nature Geoscience, and which has been directed by Richard Bono, a researcher at the University of Liverpool (United Kingdom), has taken an important step forward in understanding a phenomenon that intrigues scientists: that of when and how was the solid core of planet earth formed.

These researchers have concluded that the core solidified at least around 565 million years ago, much earlier than previously thought, and that it did just in time to avoid the collapse of the magnetic field. His conclusions support the idea that the solidification of the core greatly strengthened the Earth’s magnetosphere, on which much of the planet’s life today depends.

Their results agree with the deductions of several theories according to which the Earth’s core is relatively young. In addition, they provide clues about how the planet has cooled since its formation, more than 4,500 million years ago, which is key to studying plate tectonics and all the processes related to it.

Earth: the origin of magnetism

How did this whole process start? Thanks to traces of magnetism found in ancient rocks, it is known that the planet’s magnetism appeared at least 4.2 billion years agoand that originally originated in the circulation of the core when it was exclusively formed by molten materials.

According to the mathematical models handled by the authors of this research, over time this circulation ceased to be strong enough to feed the magnetic field. Therefore, and as the geological record shows, the field began to weaken and sudden pole reversals appeared over millions of years.

According to the authors of this research, at that time the planet’s magnetic field was extremely weak.

Fortunately, due to the progressive cooling of the planet’s interior, the core began to solidify. And, thanks to this, a powerful dynamo was formed inside the planet capable of activating the magnetic field that we enjoy today.

The authors of the research claim to have found evidence that this occurred at least 565 million years ago, which is the time when some rocks, found in Quebec, Canada, and whose iron granules they have analyzed, were formed. Until now, the theories that establish the origin of the nucleus place it at an age between 2,500 million and 500 million years.

the birth of animals

The results of this study indicate that the magnetic field was about to collapse in full ediacaran period, in which it is argued that the origin of animals took place. If by then, as they maintain, the magnetosphere was weakened and inverted at the poles, it is possible that space radiation, capable of damaging DNA, reached the surface.

The magnetic field was exactly “10 times less intense” than the current one and “lower than anything observed so far”, as he has said in sciencenews.org John Tarduno, a researcher at the University of Rochester in New York (USA) and co-author of the study. All this suggests, according to him, that at that time “something fundamental was happening in the nucleus”.

Rock analyzes have led to the conclusion that, over a period of 100,000 years, the magnetic field was extremely weak. On the other hand, computer models indicate that this stage of weakness could have been from 900 million to 600 million years old. It will not be possible to refine this moment until more research is done with minerals from other places and other times.

Be that as it may, they have ensured that after this period of weakness, the solidification of the nucleus took place, which is so relevant for the strengthening of the magnetic field and the development of life on Earth.

What are the 5 main producers and consumers of wheat in the world?

lawyers and journalists concerned about new threats to the media