The Government of the Democratic Republic of the Congo (DRC) has denied Rwanda’s version of an alleged incursion by a Congolese warplane into Rwandan airspace, which has been attacked by the Rwandan Army, an action that it has “strongly denounced and condemned”. .

“The Rwandan fire was directed at a Congolese plane that was flying within Congolese territory. It never flew over Rwandan airspace. The aircraft landed without major material damage,” reads a statement from the Congolese Executive collected by the Radio Okapi station.

In this sense, the country’s authorities have indicated that this “umpteenth attack by Rwanda” is a “deliberate act of aggression that amounts to an act of war whose sole objective is to sabotage” peace attempts.

At the same time, they have asked their neighboring country to “stop this aggression”, amid the upsurge in bilateral tensions over fighting between the Congolese army and the March 23 Movement (M23) rebel group.

The DRC Executive has criticized that “this attack adds to the offensive launched on Tuesday morning by the Rwandan Army towards Kitchanga and immediately repelled by the Armed Forces of the Democratic Republic of Congo (FARDC)”.

Rwanda had shot at a DRC military plane on Tuesday after it violated its airspace, a measure that occurs for the third time in recent months.

“Today at 5:03 p.m. (local time), a Sukhoi-25 from the Democratic Republic of the Congo violated Rwandan airspace for the third time. Defensive measures have been taken. Rwanda calls on the DRC to stop this aggression,” reads a brief statement. the Rwandan government.

The brief statement had come after images of a low-flying fighter plane circulating on social media and then landing at Goma airport, near the border, on fire, reported The New Times.

The DRC authorities last week accused the M23 of not fulfilling its withdrawal commitments in the east of the country, while the group denounced attacks by the Army and warned that it would not remain “idly by.” He also stressed that the conclusions of the peace agreements signed in Luanda (Angola) on the Government “must also be applied”

Rwanda, accused by the DRC of supporting the M23 in the context of the conflict -which has caused a serious bilateral diplomatic crisis-, also accused Kinshasa of carrying out “a selective reading” of the statement published after the mini-summit in Luanda and warned of that “can only be seen as a threat of imminent attacks against Rwanda”. 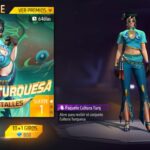