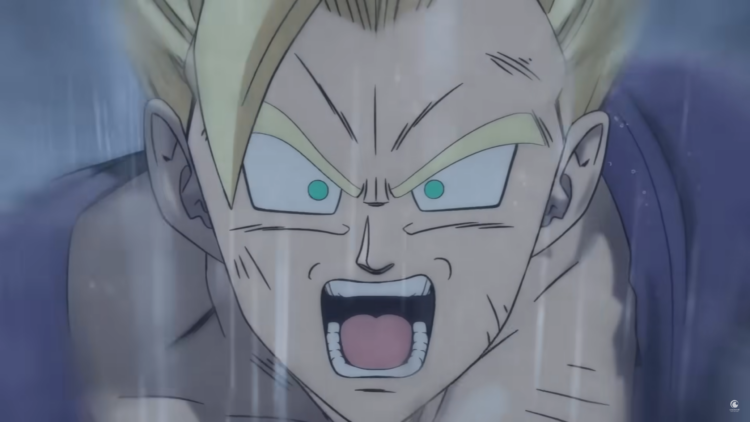 Dragon Ball Super: Super Hero is an effort to offer us a different direction than usual and shows us that dragon ball it is more than the history of Goku and wholesale fights. It is a film that returns to its origins with touches of humor that characterize the original work of Akira Toriyama. With this, it is clear to me that Toei Animation wanted to take risks such as the use of 3D models instead of traditional two-dimensional animation; one of the changes that immediately turned on the alerts of the purists, especially after the visual feast that we saw in Dragon Ball Super: Broly. The cherry on the cake was the change of voice in Latin Spanish for Gohan, which kept us waiting to find out who would give life to the co-star of this film. Regarding this issue, there is no reason to worry, since Luis Manuel Ávila does an outstanding job, but I will talk about this later.

The result is a proposal that feels different from what we have seen in Dragon Ball Super, without excessively intense battles and that takes the family as its central theme; a new approach that gives continuity to Broly’s story that keeps us entertained with a simple but endearing and very funny story.

back to the roots

Dragon Ball Super: Super Hero part of a conflict caused by the Red Patrol, that criminal organization that has faced Goku for many years. The legacy of this group of thugs is still present and seeks to continue developing new technologies to fulfill their goals of revenge. On the other side of the story we see Picoro, who we can take as the real protagonist of this film, since he is the character with the most presence on screen and also the one most involved in the central conflict.

In this process we see how the comedy appropriates the story with ridiculous situations, jokes and the occasional improvised phrase by Carlos Segundo, which reveals a freer and more natural dubbing direction. In addition, an obvious aspect is that the story does not intend to mark us for life or surpass its predecessor, rather, it is an alternative that seeks to take advantage of its own universe. That is to say, it is simple and predictable, but, despite having a slow start, it manages to make us laugh from time to time, surprise us with references to the past, and pamper us with incredible fights and new transformations. It is a sign that dragon ball can be used in many ways. On the other hand, it also creates a line that seems to be canon with certain appearances, which will probably run its course by ending the Moro and Granola arcs in the manga, but maybe I’m getting ahead of myself.

The other side of this story is the theme of family and fatherhood. Gohan is the character that has had the most ups and downs in the different stages of dragon ball. From his childhood with the unmatched power of him; his quest for prominence in the Cell saga with his transformation to Super Saiyan 2 and the unforgettable cry of Laura Torres; until reaching the final state in the Majin Buu saga. The contrast occurs in Dragon Ball Super, where Gohan suffered a downfall in his power by becoming a responsible and hard-working family man. In this movie, the script turns this profile around and turns him into the warrior we miss so much, leaving him in a good place during the movie’s climax.

The resurgence of a forgotten hero

It’s time to talk about one of the most talked about topics before the premiere: dubbing. It is true that the fixation of the fans of dragon ball by dubbing it has reached a religious point. The voice of personalities such as Mario Castañeda, René García, Lalo Garza and Carlos Segundo share a practically unbreakable bond with their characters. For this reason, the absence of Luis Alfonso Mendoza (RIP) weighs so much, especially when the protagonist is Gohan. Assimilating a change in magnitude is complicated, but as I said before, there is nothing to worry about.

From the first moment that Gohan appears on the screen, Luis Manuel Ávila’s experience is noticeable in reaching a tone very similar to the original, but at the same time giving it his own style without seeking to imitate. I can assure you that the transition to the change is good and far exceeds the high expectations around the performance of it. This is especially noticeable with the strength of his voice in battle and especially in the screams, which left us worried when we heard it for the first time in the trailer. But like I said, nothing to worry about.

Approaching, the danger is already coming

Now we go with the complaints, which are not so big but can be magnified depending on the degree of nostalgia in each fan of dragon ball. The first thing is the visual part, which has ups and downs. The change to 3D models has a big impact that mainly affects battles, because it makes the characters look more rigid and less flexible than normal. Despite this, their faces maintain the same expressiveness as always and there are moments where the quality of effects is surprising to the point of reaching a resemblance to the original strokes. The next point is history, which enjoys solving problems without much justification. Along the way there will be times when problems arise that are solved almost immediately. And although there are nods to the past, there remains the feeling of believing that everything happens for mere convenience and to keep up with the pace of the film.

And as for the rhythm, I must say that it is a bit inconsistent. At the beginning we are introduced to the new villains, their motivations and plans to have victory. This process feels a bit long but it is badly necessary to give context later on. The narrative improves but a brake is put on it with the intervention of 2 characters. This segment gives the impression of being there to fill in the gaps left by certain characters, even though they do not contribute anything to the story of the film. The same goes for other classic characters, it’s nice to have them back even if their participation is limited. I would have liked to have taken more advantage of changing various designs and, perhaps, taking advantage of the time to develop Gamma 1 and Gamma 2 a little more. These enemies have their charm and justify the sub title superhero with his personality and bullet-like effects when attacking.

“Dragon Ball Super: Super Hero gives its place to two of the best characters in dragon ball with the dose of prominence they deserve”

Dragon Ball Super: Super Hero It is a film that seeks to give us an alternative to those of us who have seen the same formula repeated for so many years. It’s a fun story that gives place to two of the best characters in dragon ball with the dose of prominence they deserve. It is also fair to acknowledge that the decision to change the aesthetics of dragon ball It was a risky thing, and although it is a change that comes with regret, it is also easy to assimilate while enjoying the film. Dragon Ball Super: Super Hero It’s not the best movie based on Akira Toriyama’s universe, but it’s a good attempt to show us that the franchise has much more to offer than Goku’s legacy. Without a doubt, a great recommendation to enjoy on the weekend.

Dragon Ball Super: Super Hero is brought by Crunchyroll and will be available in theaters in Latin America starting August 18 in Japanese and dubbed in Spanish.

Australia already knows how to achieve wave energy with its strong waves: this is the system with which it has been feeding homes for months