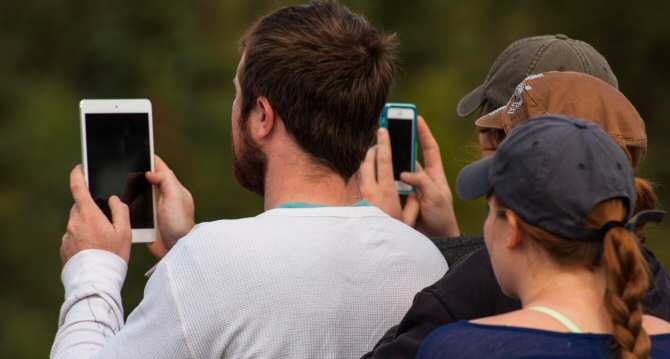 Some experts in human cognition once expressed their concern that a very habitual use of smartphones (smartphones) for all kinds of intellectual tasks could result in an atrophy of our cognitive abilities and lead to what has been colloquially called “digital dementia”. ”.

To demonstrate this, the team of Sam Gilbert, from the Institute of Cognitive Neuroscience attached to University College London in the United Kingdom, prepared a memory task to be carried out on a digital tablet with a touch screen or on a computer. The test was carried out by 158 volunteers between 18 and 71 years of age.

Participants were shown up to 12 numbered circles on the screen, and had to remember to drag some of them to the left and others to the right. The number of circles they remembered to drag to the correct side determined their payout at the end of the experiment. One of the sides was designated “high value”, meaning that remembering to drag a circle to this side was worth 10 times more money than remembering to drag a circle to the other “low value” side.

Participants performed this task 16 times. They had to use their own memory to recall half of the trials and were allowed to set reminders on the digital device for the other half.

Smartphones can guide us to a geographical location, a task that would require much more mental effort if we had to do it on our own, with no more help than a paper map. (Photo: NPS/Jay Elhard)

In short, digital devices help people secure their access to very important information. And this, in turn, frees up your memory to remember other less important things.

“The results show that external memory tools work,” says Gilbert. “Far from causing ‘digital dementia,’ using an external memory device may even improve our memory for information we never saved to the device.”

The study is titled “Value-based routing of delayed intentions into brain-based vs external memory stores”. And it has been published in the academic journal Journal of Experimental Psychology. (Font: NCYT by Amazings)

Finsocial multiplies figures in its 10 years