Mediterranean ecosystems have coexisted with fire for millions of years. Thus, one of its most common inhabitants, the Aleppo pine (Pinus halepensis), has developed strategies to survive in this fire-prone environment.

A research team from the Center for Research on Desertification (CIDE), a mixed center of the Higher Council for Scientific Research (CSIC), the University of Valencia (UV) and the Generalitat Valenciana, in Spain, has verified in 13 Spanish locations on Mediterranean lands that, in places that burn more frequently, pines begin to reproduce at earlier ages. The results of the study suggest a process of selection of the earliest individuals by fire, and have a direct application in forest management and restoration.

Pines reproduce sexually using reproductive structures known as cones. There are male and female cones, which are produced on the same tree on different branches. The male cones are much smaller than the female ones, and it is where the pollen grains that are released at maturity are formed. Production of female cones begins in winter, preparing the ovules for pollination the following spring. When the ovules are fertilized, the seeds are formed, which are protected inside the cone. These develop for two years, increase in size and harden, turning into cones.

“The Aleppo pine is a species that is very well adapted to fires,” points out Carmen Guiote Mingorance, a researcher at CIDE, who led the study. “Although individuals die after the fire, they leave behind a large offspring. This is possible thanks to the so-called serotine cones, cones that the pine tree keeps closed until the heat of the fire opens them and their seeds are released”, she describes.

For this strategy to be beneficial, individuals need to reach sexual maturity and start producing cones before the next fire. The age of first reproduction of the Aleppo pine is usually between 10 and 15 years approximately, but it varies between individuals; the earliest can reproduce as early as 4 years. Thus, the CIDE team, led by CSIC researcher Juli G. Pausas, wanted to check if, in areas with very frequent fires, there is a selection of earlier individuals, since those that have not reached sexual maturity cannot leave offspring after the fire.

“To validate our hypothesis, we determined the age of first reproduction and the number of cones accumulated by each pine tree in 13 locations in the east of the peninsula, the majority located in the Valencian Community, from Benicàssim to Xeresa,” recalls Pausas. “In this area, areas at lower altitudes burn more frequently than those located at higher altitudes. These differences in the fire regime allowed us to prove that the populations historically subjected to more recurring fires begin their reproduction before those that have burned little”, he assures.

“Our results show that, in places that burn more frequently, pines begin to reproduce at earlier ages, suggesting that a process of selection of early individuals by fire is taking place. In addition, the fact of being earlier in reproduction means that they accumulate more cones at a certain age. This translates into a greater reproductive success of early individuals, allowing populations to persist in places with frequent fires”, summarizes Guiote.

According to CIDE researchers, these results have a direct application in forest management and restoration. “We have a warmer climate every time, which increases the risk of suffering large fires,” says Pausas. “In this context, if it is necessary to restore a forest of Aleppo pine or another species that does not regrowth, it is convenient to use seeds from populations that reproduce very early. This increases the probability that populations can regenerate after future fires.”

“Now we know that the populations that have suffered more fires are earlier and, therefore, more appropriate to obtain seeds for restoration projects. This implies a paradigm shift in restoration practices, since until now seeds from sites with good forest quality were used, without taking into account their history of fires”, Guiote points out. Thus, knowing the variability of responses that species have in the face of fire offers the ability to act to manage forests and make them more resilient to the increase in fires.

The study is titled “Fire favors sexual precocity in a Mediterranean pine”. And it has been published in the academic journal Oikos. (Source: CSIC) 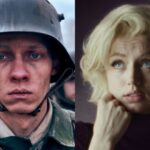 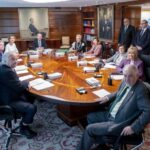