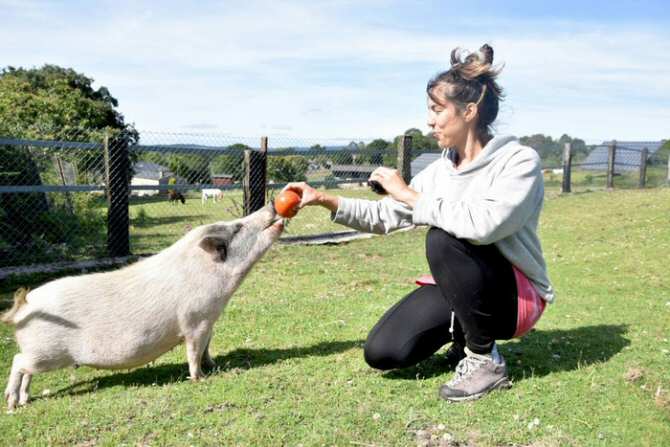 Referential communication is the act of directing the attention of another person to a specific entity in the environment. Humans often use referential communication through language and gestures when, for example, we point to an object. Whether animals use similar behavior to show us things of interest is a question that has attracted a great deal of scientific attention.

Researchers at the Department of Ethology at Eötvös Loránd University in Budapest, Hungary examined whether pigs and pet dogs signaled to their owners the location of an edible reward that was out of their reach (but within the owners’ reach).

“Domestic animals seem to be especially predisposed to referentially communicate with humans,” explains Paula Pérez Fraga, a student at the Communication Neuroethology Laboratory at the Department of Ethology at Eötvös Loránd University, and co-author of the study. “However, some wild animals socialized with humans can do it too, so domestication might not be the key to developing these kinds of communication skills after all. We note that a shared characteristic among these species is that they use many visual cues when communicating with their conspecifics. Could this be a necessary feature for animals to referentially communicate with humans?”

To test this hypothesis, the researchers compared the behaviors of two domestic species: dogs, which rely heavily on visual communication, and pigs, which do not. All participating animals lived in a similar way, as companion animals. The mini-pigs belong to the Family Pig Project, a long-term scientific project that assigns pigs to human families where they are raised much like a family dog. This provides a unique opportunity to compare how each species behaves and communicates with humans.

The animals entered a room where they were either alone with their owner, alone with an edible reward hidden by one of the researchers, or with both the owner and the food hidden. The reward was unattainable for the animal, but achievable for the human. Pérez Fraga, Attila Andics (principal investigator at the Communication Neuroethology Laboratory) and their colleagues expected an increase in referential communicative behaviors when both the owner and the reward were present, which would mean that the animal was trying to direct the attention of the owner. human to the location of the food. They found that when the pigs and dogs were alone with the guardians they gave them the same attention. However, when the researcher hid the food, only the dogs tried to point out to their owners where it was. The pigs, on the other hand, were trying to find a way to reach the reward for themselves.

This study shows that directing human attention to interesting places may not be something that all domestic animals are capable of. “We believe that pigs may lack certain characteristics that are crucial for this type of communication to develop,” explains Pérez Fraga. “Although we know that dogs are especially adept at communicating with humans, other animals such as horses, cats, and even kangaroos can referentially communicate with us, and they all rely heavily on visual communication when interacting with their peers. . Pigs, on the other hand, do not.

Pigs make little use of visual communication, and this makes it difficult for them to tell a human where there is something they want but cannot take, so that they can help them. (Photo: Sabela Fonseca)

The study is titled “Out-of-reach rewards elicit human-oriented referential communicative behaviors in family dogs but not in family pigs”. Its authors are Paula Pérez Fraga, Attila Andics, Boglárka Morvai, Linda Gerencsér and Fanni Lehoczki. And it has been published in the academic journal Scientific Reports. (Source: Eötvös Loránd University) 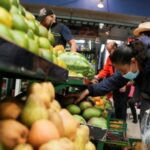