Cult of the Lamb launch trailer, a mix between roguelike and management where you have to create a sect 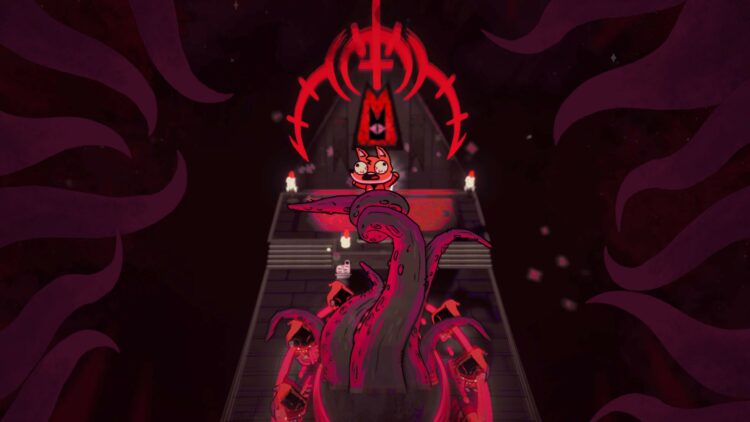 32
SHARES
230
VIEWS
Devolver Digital has shown the launch trailer for Cult of the Lamb, a title developed by Massive Monster that is available today on PlayStation 4, PlayStation 5, Xbox One, Xbox Series, Nintendo Switch and PC through Steam. The title proposes a mixture of genres, including the roguelikethe action and the social and management elements of Animal Crossing, but instead of a nice village we have a dark sect with satanic overtones.

The protagonist of Cult of the Lamb is a lamb who, after being saved from sacrifice by an ominous stranger, has the obligation to pay his debt by forming a sect in the name of his dark redeemer. “Create your own sect in a land of false prophets, venturing into diverse and mysterious regions to build a loyal community of forest adepts, and spread your Word to make your sect the one true one,” reads the game’s official description. . The goal is to form “the ultimate sect.”

The first thing that must be done to create a cult is to gather a flock, and in Cult of the Lamb this is achieved by becoming a crusader of the faith that travels the world looking for new followers to recruit them. At the same time, the false prophets must be located to annihilate them. Back at camp, the neophytes need to be indoctrinated, something that will be easier if a doctrine has already been established and the rules of the sect dictated. The daily sermons will serve to draw power from the disciples.

As our lamb enters the procedurally generated world of Cult of the Lamb, he must confront infidels, seek out melee weapons, absorb curses to master darker powers, and find tarot cards that grant abilities that define his way of life. fight. The enemies will be stronger and stronger until you reach the four bishops. They have imprisoned the stranger who has saved our protagonist, so to pay off the debt you have to free him by eliminating the prelates.

As an almighty lamb, it will also be an obligation of the player to take care of the flock. The faithful must be guided and fed in order to have a prosperous sect in the forests. Likewise, resources must be gathered to build new structures, perform dark rituals to appease the gods, and deliver sermons to bolster faith. Gifts and marriages will help keep the group together. In short, everything possible must be done to make the faithful happy, otherwise they will begin to lose faith.

In case there are unhappy members of the herd, they will reveal themselves and try to convince the rest to leave the sect. Dissidents must be re-educated or subjected to dark rituals to be sacrificed to the gods. All these decisions will determine what kind of leader each one is.