Search
“The Last Of Us”: this is what Pedro Pascal looks like sees the first trailer of the series 1:05

( ) — Heartbreaking, brutal, emotional and the best television/film adaptation of a video game ever made. With 9 chapters, “The Last of Us”, the new and ambitious HBO series, is already one of the best drama series of 2023. A work that delves into the human condition and its excellent flesh and blood characters in a world in which morality has changed after the apocalypse.

The HBO series works on its own and it does so because it has a production of the highest level and because it has known how to respect a product that was already excellent in its original medium. The work for television dares to imitate at an almost identical level some scenes and moments from the video game that already worked in that medium because they were raised as brilliant cinematographic scenes. But, in addition, he dares to be brave to explore some angles and stories and build his own collection of human stories. Although it is true that the series spends more time on the origin of the disease than the video game did, something that does not seem fundamental.

The first episode is an example of mastery. A beginning that knows how to use a rhythm in crescendo to create a tense calm and present the threat that hangs over the world to later show, brutally and openly, the terrifying and dangerous nature of said threat. All this while weaving the relationships between his characters who are the center and soul of the work.

“The Last of Us” tells a gritty story about what it means to survive in a devastated world. A parasitic virus of fungal origin that turns people into infected –similar to zombies– has devastated the entire world. 20 years after the outbreak, its protagonists, a smuggler, Joel (Pedro Pascal) and a teenager, Ellie (Bella Ramsay), have to embark on a journey across the United States.

What differentiates “The Last of Us” from other works of the zombie genre is that the focus is on the human drama and on polyhedral characters that have successes and errors and evolve in the plot. In a hostile and violent world plagued by the infected and paramilitary organizations where resources are scarce, survival is the priority. This brings out the wilder side of humans but also the desire not to be alone. To live in company and community. To love and feel loved.

It is these feelings that drive a good part of the actions of the characters in “The Last of Us” and those that lead to creating the best moments of the series. Moments, I already mentioned, heartbreaking that chill the blood due to the emotional charge and the beauty that they have previously managed to create. Joel, Sarah, Ellie, Tess, Marlene, Bill, Frank, Henry, Sam, Riley… They all have their moments to shine.

And if the plot works, it is especially due to the good performances of the cast, particularly its protagonists. Pedro Pascal notably plays Joel, but if anyone steals the show it’s Bella Ramsay for Ellie’s role of her. The actress brings to life a well written and directed character with tangible concerns and understandable desires. The Ellie played by Ashley Johnson in the video game was already a benchmark in the medium. Bella Ramsay’s Ellie is going the same way for television.

With its first season, HBO has shown that it knows how to exceed expectations and create another fascinating reference fiction on television. A production that shines because it delves into the human drama and not so much into the infected / zombies. If the series continues to adapt, with future seasons, what the video game offered in its ambitious second installment, it has a promising future thanks to the real boost that this part brought to its characters.

2023 already has one of the candidates for the best dramatic series of the year and the film and television industry an example of how to royally adapt one of the hundreds of magnificent stories that exist in video games.

“The Last of Us” premieres January 15 on HBO Max. This is is part of Warner Bros. Discovery, the parent company of . 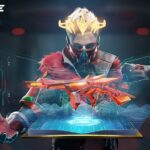