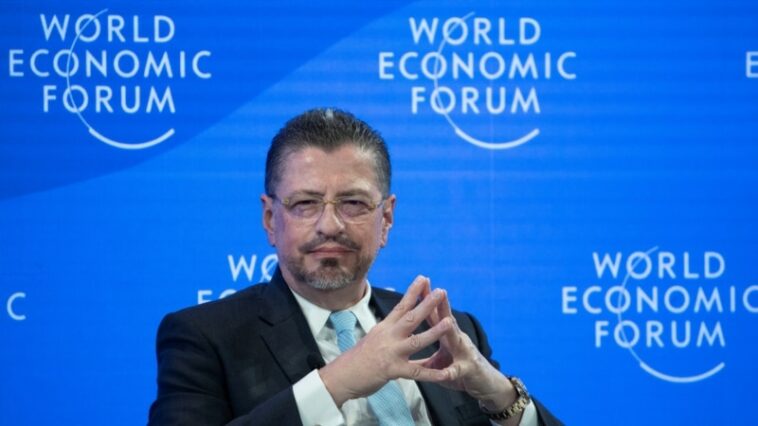 The Costa Rican Foreign Minister, Rodolfo André Tinoco, announced this Wednesday that they seek to restore consular relations with Venezuela, after having suspended them during the previous government of former President Carlos Alvarado.

Tinoco appeared in Press conference together with the current president of Costa Rica, Rodrigo Chaves, and assured that in the country there are some 15,000 Venezuelans with “open file” in migration and foreigners, and some 94,000 with a request that consular assistance would be necessary.

“Once disappeared the government of Juan Guidóthe only one left is the government of Caracas, with which we are going to regularize consular relations so that those Venezuelans here have someone to organize their consular needs and, in turn, the Costa Ricans in Caracas have consular attention, possibly through a third country,” Tinoco explained.

For his part, President Chaves requested that “the diplomatic position of Costa Rica with Venezuela not be misinterpreted.” “Our position is not changing, it is for the well-being of the people to restore consular relations, do not make interpretations beyond that,” added Chaves.

Costa Rica’s announcement comes almost a month after the Venezuelan opposition eliminated the interim government of Juan Guaidó, recognized by several countries, including the United States.

In fact, Guaidó’s representative in Costa Rica, María Farías, also submitted her resignation to the Foreign Ministry of that country at the end of 2022.