Colombian company opens 4,000 logistics points in the US market 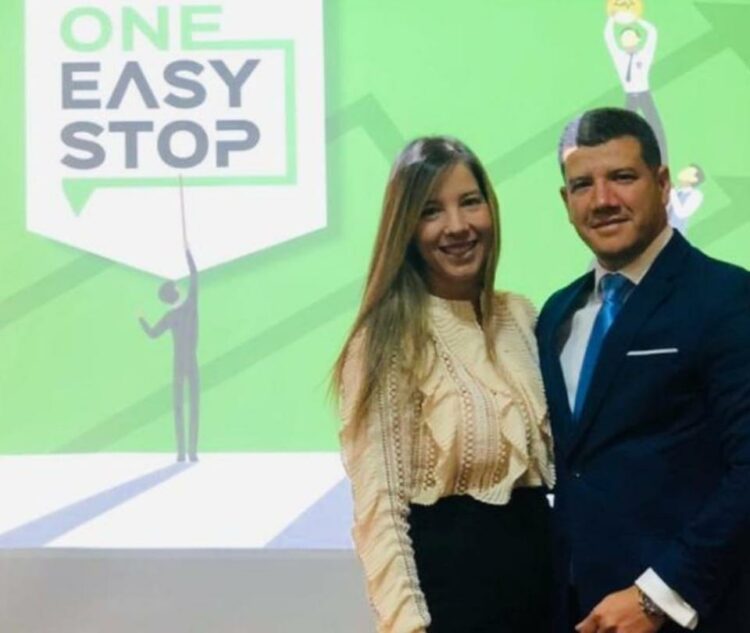 During the last few years, electronic commerce has taken on great relevance not only in the country but also globally, representing a challenge for the logistics issue and at the same time becoming an opportunity for the messaging sector to grow.

(A new platform that compares shipping prices arrived in Colombia).

According to Blacksip, of the 75% of Colombians who have internet access, 50% make purchases online and 20% make at least one weekly purchase. which means that sales through eCommerce have registered a growth of 40% during the previous year, an unprecedented figure.

Thanks to this growth, businessmen María and Jaime Blum come together to create the startup One Easy Stop, a company dedicated to logistics and parcel shipments with offices in Colombia, London and Portugal.

As a result of its international projection plan, the company will conquer the US market after opening nearly 4,000 logistics points with the help of the IDT Corporation, a North American company that has managed to invoice nearly US$2,000 billion a year.

Large courier companies from different countries such as Redpack (Mexico), Liberty Express and Zoom (Venezuela) and Copa Courier (Central America). For the director María Blum, Latinos residing in that country do not have easy logistics services since some companies that have a presence in the United States operate punctually with their country of origin, that is why the software of One EasyStop seeks to bring together different shipping companies in a single point. In this way, a non-stop service is provided.

(Five trends that will mark the logistics sector in Latin America).

As a pilot plan, the company will start operating in Florida and then expand to other cities such as Washington and New York and, although the physical points will only be in the aforementioned state, any Latino will be able to use the logistics service from anywhere in the country. through the website of One EasyStop.

“Our purpose is that the Latin population in the United States has access to a service that allows them to send their packages to the Latin country of their choice through the alliance between One Easy Stop and a large company from that country; This is how we facilitate the export issue from the American country to the entire region of Central and South America. Guaranteeing the best logistics rates, we hope to complete a total of 20 daily shipments per point for an average of 80,000”assured Jaime Blum, CEO of the company.

In addition to international shipments, the alliance also involves national providers such as USPS and Fedex, companies that offer different parcel services with periods between 1 and 8 days. These 4,000 points will begin operations next September and will involve the best logistics providers that will previously be integrated into the Colombian platform through API, a programming interface that translates into a service contract between two applications.

This expansion and alliance, apart from being a benefit for those who need to send parcels, is also a benefit for logistics companies, Well, just by linking up with the platform, they will immediately have a presence in 4,000 points in the United States.

On the side of natural persons, those who would like to ally themselves with One EasyStop, they must comply with a contract in which the operability of the system, the conditions and methods of payment will be explained. Subsequently, the respective user of the software is enabled so that he can work comparing national and international rates with One Easy Stop.

The future of this sector looks increasingly promising, hand in hand with e-commerce, shipping services are becoming the perfect platform to compete alongside large companies and also cover the logistics needs of thousands of enterprises that work daily in the country.

Argentina reaches 71% annual inflation, a record in the last 30 years