Colombia formalizes dialogue table with the ELN in Cuba 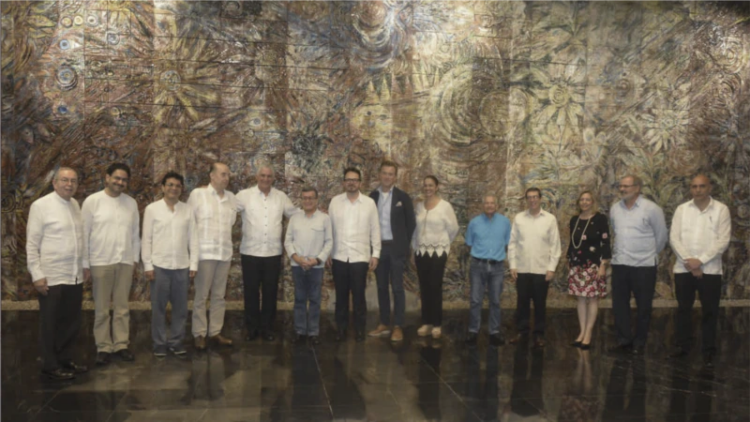 The Government of Colombia formalized the dialogue table with the guerrilla group National Liberation Army (ELN), announced the high commissioner for peace, Danilo Rueda, from Havana.

“This government officially announces that it recognizes the legitimacy of the ELN National Liberation Army’s dialogue delegation, in search of peace,” said Rueda.

The Colombian government “will adopt all political and legal measures (…) to guarantee the conditions that allow the restart of the ELN talks, including the recognition of the protocols,” he said.

In addition, it points out that the ELN shares the desire to achieve peace with the Colombian government and that the parties agree on the need to resume talks.

A delegation from the Colombian government and ELN insurgents met this Friday in Havana, in a first approach seeking to reactivate the peace negotiations suspended four years ago.

The meeting was also attended by guarantors from Norway, representatives of the UN Secretary General and the Colombian Episcopal Conference.

The Colombian foreign minister, Álvaro Leyva, announced on Thursday from Havana, accompanied by his Cuban counterpart, that Colombia aspired to resume peace negotiations with the ELN guerrillas.

The meeting and the announcements are given five days the inauguration of the president of Colombia, Gustavo Petrowho announced during his presidential campaign his intention to restore peace negotiations with the ELN.

Cuban President Miguel Díaz-Canel reiterated his willingness to contribute to peace in Colombia.

“I confirmed to all the participants in the meeting the invariable commitment to #Cuba and the unwavering will to continue contributing to the achievement of the desired peace for #Colombia“, he wrote on Twitter.

The negotiations of the Colombian Government were suspended in 2019 after the ELN attack against a cadet school in Bogotá that left 22 dead and 68 wounded.

Although former President Iván Duque asked Cuba to hand over the negotiators, the island invoked diplomatic protocols and did not agree to the request.

These negotiations began in Quito, in 2017, under the administration of the Government of Juan Manuel Santos, and a year later they were transferred to the island, where the ELN leaders are still present.

UK asks to cut water use due to drought

RUSSIAN WORLD The child capitalism of the Putinomics