According to the latest report from the United Nations Integrated System for Monitoring Illicit Crops (SIMCI), the South American nation is the largest producer of coca leaf in the world, with a total of 43,000 hectares in 2020 to 204,000 in 2021.

Against this background, the voice of america consulted with the researcher in armed conflicts, professor at the Externado de Colombia University and columnist, Néstor Rosanía, who spoke about this new drug policy that the government of the leftist Gustavo Petro has assumed.

“What the Petro government wants is not to focus directly on the crops but on the groups that own those crops, to see if that way there really is a significant decrease,” Rosanía opined. “That is why the goal is transformed and tries, with the logic of total peace, to cover the largest number of municipalities and groups where illicit crops are located in Colombia.”

According to the researcher, the government’s goal should be to dismantle FARC dissidents and criminal gangs that operate in departments such as Nariño and Putumayo, in the south of the country; in Norte de Santander, especially in the Catatumbo region, an area bordering Venezuela, places that have a high rate of coca planting.

“SIMCI has given a report that there are close to 200,000 hectares of coca leaf, that is the measurement given by the United Nations, the United States has a much higher measurement that exceeds 200, while the Ministry of Defense assures that they are 160,000”, Rosanía added.

President Gustavo Petro has described the current anti-drug policy, which has been implemented since previous governments, as a failure, and recently at the World Economic Forum in Davos, Switzerland, once again assured that this is a failed policy. and that today is the main factor in the generation of violence in Colombia.

“The policy that has been established in the world against drugs for some 50 years – that policy is to criminalize them – if a balance is made in America about what happened to that policy, one could not say more than that it is an absolute failure,” he said. President Petro.

After the announcement of the eradication goals of 20,000 hectares that Petro proposes for 2023, the United States Department of State said that Colombia is close to reaching historical highs in the eradication of illicit crops and asked to use all the tools possible to reduce crops.

“The new announcement must be understood in the new logic that does not want to focus on the weakest link in the chain, which is the small producer, but on other links in the chain, including the dismantling of criminal gangs. So I think that everything will depend on convincing the United States that there really is a plan and a concrete strategy beyond eradication,” he explained to the VOA María Alejandra Vélez, director of the Center for Studies on Safety and Drugs at the Universidad de los Andes.

In addition, Vélez considers that the eradication goal proposed by Colombia makes sense, taking into account the turn it seeks to give to drug policy.

“If what it is about is changing the drug policy, then we could not continue insisting on the strategies that we have done for 50 years,” said the expert. “Two key announcements are made, the first is to reduce the eradication goal and the second is the gradual substitution of illicit crops. Both aim at the same thing and that is that the focus of the supply reduction strategy is not on small coca leaf growers”.

Of the 50,000 hectares of coca leaf that were proposed to be eradicated in 2022, together the eradicating groups of the Colombian Police and Army managed to eliminate 40,000. 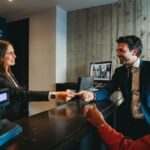