The Chinese have doubled their purchases from Russia, but the values ​​are far from those paid by Europe. The EU and Britain have reduced imports of Russian hydrocarbons in response to Putin’s aggression against Ukraine. The Kremlin has similar problems with the sale of oil.

Beijing () – According to data from its Customs Department, China doubled, in monetary terms, its purchases of Russian gas last year: 6.8 billion dollars compared to 3.9 billion in 2021 that the Kremlin was able to use to finance the war against Ukraine. However, sales are still far from those it lost in Europe.

Like the monopoly Russian state-owned company Gazprom, the Chinese authorities have not specified the volumes purchased. The issue is sensitive as Russia desperately seeks alternative markets to make up for the loss of the European. Due to the aggression against kyiv, the European Union and Great Britain have imposed a series of sanctions on the Kremlin and limits on imports of Russian hydrocarbons.

While China will undoubtedly buy larger volumes of Russian gas (at reduced prices) in 2022, indirect calculations show that they are far from meeting European demand. According to Gazprom data, fossil fuel exports outside the former Soviet zone dropped from 185 bcm in 2021 to around 101.

China imported more than 160 million bcm of gas two years ago for a demand of 372 bcm: with the numbers in hand, to cover the European losses, Putin’s Russia should become the only gas supplier to the Asian giant.

In the best case, supplies from Moscow to Beijing could reach just under 100 bcm by 2030. By that date, Power of Siberia, currently the only pipeline bringing Russian gas to China, will reach its full potential of 38 bcm. per year and probably the Kremlin will have completed a second 50 bcm Siberian line; to the two gas pipelines should be added the liquefied natural gas that is transported by sea from the Russian peninsula of Sakhalin.

The same goes for Russian oil. With a price cap coming into effect next month and a consequent sales freeze announced in response by the Kremlin, EU crude purchases from Russia will drop to zero. China, India and Turkey together buy the same amount of Russian oil as the EU countries. However, as the Kennan Institute’s Russia Dossier notes, the three countries mentioned do so at heavily discounted prices: on average more than $30 less per barrel than the global Brent benchmark. 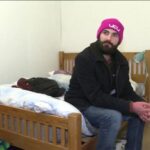