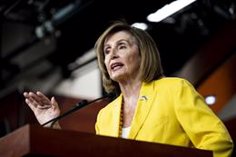 The China Banking and Insurance Regulatory Commission has announced a disciplinary investigation against the inspector of its office in Henan province Li Huanting after protests over the “corralito” imposed by four banks in this region.

The Commission has not explained the specific reasons why it is investigating Li, 60, and does not mention the scandal of the four banks. According to the news portal Thepaper.cn, Li was responsible for supervising the market access of these four banks between 2012 and 2014 and was later promoted to deputy director of the Commission’s Henan office.

The authorities estimate that some 40,000 million yuan (about 6,000 million euros) in deposits have disappeared, which has caused the mobilization of the affected population with recurrent demonstrations in the city of Zhengzhou, capital of Henan, according to the newspaper ‘The South China Morning Post’.

Two weeks ago the demonstration turned into a riot when approximately a thousand protesters were violently attacked by hundreds of unidentified men dressed in white shirts.

An earlier attempt to quell the protests sparked outrage across the country when it was discovered that protesters had been designated health code red, a classification that prevents them from using public transport or accessing official buildings. Five officials were sanctioned for this incident.

Police have pointed out that a criminal gang controlled these four rural banks and have accused a private financial group with shares in all four of falsifying information and stealing funds.