Washington is viewed “very unfavorably” by 43% of respondents to an online poll. Critical, above all, are those born after 1990. Europe is seen more favorably, with peaks of 69% for Germany. The exception is Great Britain, with a popularity of only 46%.

The study, which was carried out on a sample of 2,083 Chinese citizens between 2020 and 2021, reveals that 43% of those surveyed perceive Washington in a “very unfavorable” way; only 23% expressed a “very or somewhat” positive opinion. The most critical belong to the generation born after 1990.

In a survey published in June, the Pew Research Center had found that in most of the 19 countries studied -especially in the United States- negative sentiment towards China had reached its highest level, with particular concern for respect for human rights.

Apparently, the mood of the Chinese population runs counter to the Chinese government’s timid attempts to improve relations with Washington. According to several observers, the appointment of Qin Gang, former ambassador to the US, as foreign minister and the dismissal of “wolf warrior” Zhao Lijian from the Chinese diplomatic press office should be read in this direction.

However, it does not seem that a real breakthrough is going to take place. The Biden administration shows no sign of wanting to end the trade and technology war that Donald Trump waged against Beijing.

Despite this, China’s disillusionment with the United States does not match the perception of the Western world as a whole. The study carried out by universities in Singapore, Canada and the United States shows that China has a positive opinion of Europe, with peaks of 69% for Germany. European countries are perceived as less aggressive than Washington, not to mention more friendly to them by the Chinese government and state media.

The European exception is Great Britain, viewed unfavorably by 46% of respondents. In China, London’s policy is often associated with Washington’s on issues such as the origin of the Covid-19 pandemic, criticism of Beijing’s policies in Hong Kong, Tibet and Xinjiang, and the dispute over Taiwan and the South China Sea. 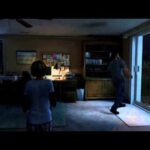