China and Australia will hold a virtual meeting with the aim of resuming their commercial ties after more than two years of Asian sanctions on exports from the oceanic country.

The top trade representatives of China and Australia, the Minister of Commerce, Wang Wentao, and his Australian counterpart, Don Farrell, will meet by videoconference in the midst of the economic dispute between the two countries, however, the date of the meeting is still unknown. .

This meeting represents another step in the thawing of economic relations between the two countries after Beijing’s informal ban on exports from Australia last April 2020.

According to the Australian newspaper ‘The Sydney Morning Herald’, the meeting was agreed during a 45-minute exchange between the Vice Minister of Commerce, Tim Ayres, and his Chinese counterpart, Wang Shouwen, within the framework of the World Economic Forum in Davos, in Switzerland.

“Since taking up this post seven months ago, I have made it very clear that we would prefer to resolve this matter with China through dialogue and discussion, rather than resort to World Trade Organization arbitration on Friday,” Minister Farrell said.

In this sense, the Asian giant announced measures against Australian products, including wine, coal and seafood, after former Australian Prime Minister Scott Morrison urged the Chinese government to carry out an investigation to find out the origin of the coronavirus pandemic.

This is not the first rapprochement between the two countries, as Australia’s prime minister, Anthony Albanese, declared last week that his main objective was to reestablish trade relations with China, within the framework of negotiations to lift the ban on imports. Australian coal.

“China is our main trading partner, and we have worked to change the relationship,” the prime minister replied during a press conference in Townsville, in the state of Queensland, when asked about the negotiations on the ban on Australian coal and the impact of this fact in the Australian economy. 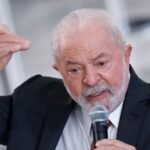