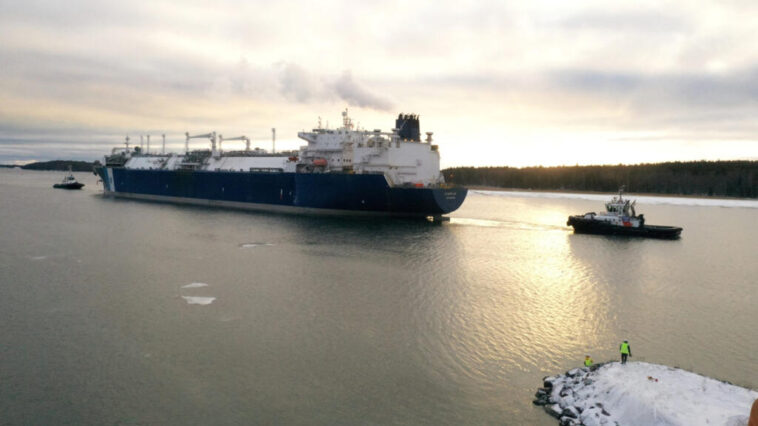 At first glance, a boom in US shale gas production seems like the perfect solution for Europe, which is reeling from the energy crisis created by its split from Russian gas. But analysts say it’s not a panacea.

US shale gas production has not run out of steam, while the US shale revolution is fading for oil.

In the Permian basin of west Texas – one of the world’s largest oil and gas producing areas – gas prices turned negative in October because production was so high that producers had to pay people to take it off their hands.

And compared to oil, “there is potential for further growth,” said Kenneth B. Medlock III, director of the Center for Energy Studies at Rice University’s Baker Institute for Public Policy in Houston.

It seems like the perfect situation for America’s allies on the other side of the Atlantic, as the energy crisis shakes the Old Continent. In fact, EU imports of liquefied natural gas (LNG) from the US have already skyrocketed since Russia invaded Ukraine and Europe cut its reliance on Russian gas – up more than 148% in the first eight months after the invasion compared to the same period of the previous year. Most of this gas comes from shale drilling.

“The whole reason US LNG exports are possible is the shale revolution,” said Eli Rubin, an energy analyst at consultancy EBW Analytics Group in Washington DC. “If it weren’t for that, the US would be importing LNG quite widely, competing with European countries for natural gas supplies.”

The problem is the export capacity

However, analysts warn that while LNG from US shale may help Europe through its energy crisis, it will not on its own rescue the Old World.

“I don’t think Europe will ever get as much gas and LNG from the US as it did from Russia through pipelines,” says Samantha Gross, director of the Climate and Energy Security Initiative at the Brookings Institution in Washington DC “Europe received a lot of gas from Russia; that’s a tremendous amount of gas to replace.”

“There is a problem as to how much gas the United States can get to Europe, at least in the short term,” Rubin said. “The issue is export capacity, not the amount of gas the US produces,” Gross agreed.

Exporting natural gas is a complicated and expensive process, requiring liquefaction, transportation to export terminals, ships to transport the gas to the purchasing country, and once there, a regasification process. Lack of capacity at any of these points limits supply, which is lagging behind the demand boom.

The example of the Permian Basin last fall illustrates this: there was abundant demand for all that gas, but, as Rubin said, “the pipelines don’t yet exist to bring all the gas from West Texas to East Texas for export.” .

“It will take the US three to five years to really ramp up the infrastructure for LNG export,” Rubin continued. “In terms of the short-term outlook, we have this bottleneck in terms of export capacity.”

Importing non-liquefied gas through a pipeline is much cheaper and easier for Europe, since it does not require liquefaction, transport by land and ship, or regasification. “One of the reasons why Russian gas was so cheap for Europe was that it came through a pipeline,” Rubin observed.

Hence Europe’s interest in boosting gas supply from abroad, especially where there is already a pipeline infrastructure.

The same month, then-Italian Prime Minister Mario Draghi traveled to Algeria to sign a series of agreements to increase gas imports, even as a political crisis brewed in Rome. Again, a pipeline makes it simpler and cheaper to import gas compared to LNG, such as the TransMed pipeline from Algeria to Italy, created in 1983.

Closer by, gas-rich Norway has sped up gas supplies to the rest of Europe thanks to the Langeled pipeline. And when it comes to LNG, Qatar has also become part of Europe’s scramble to find new sources of gas.

But these four countries have limits as gas suppliers to Europe. “The increase in natural gas pipeline exports from Azerbaijan and Algeria is likely to be small compared to the increase in global LNG capacity,” said Stephen Fries, a non-resident professor at the Peterson Institute for Economics in Washington DC and a professor Associate of the Institute for New Economic Thinking at the University of Oxford. “The gas pipeline from Azerbaijan to Europe is already running at full capacity. Algeria’s ability to produce more natural gas is uncertain.”

Currently, Qatar exports more than 70% of its LNG to Asian countries, with long-term contracts. As for Norway, the North Sea gas fields “are not depleted, but they are not what they used to be,” Gross said.

In the long term, the green transition away from fossil fuels should mean that European countries will no longer want to buy large amounts of gas, with the EU promising to go net zero by 2050, although if that will be soon enough to helping to prevent the catastrophic effects of climate change is another matter entirely.

But this long-term paradigm shift complicates Europe’s bid for a short-term solution to its energy crisis. “The biggest challenge for Europe buying gas is that it’s not clear that it’s going to want it long enough,” says Gross. “These are multi-million dollar contracts, and 10 to 15 years of gas use is not a long enough payback period.”

*Article adapted from its original in English 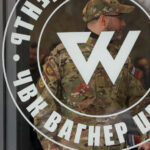