The Government of Cameroon has denied having chosen any foreign intermediary to mediate in the conflict that since 2017 has pitted the State and the separatist militias of the two English-speaking regions -Northwest and Southwest-, days after Canada announced that it had been chosen to facilitate an agreement.

“The Government of the Republic of Cameroon informs the national and international community that it has not entrusted any mediating role to any foreign country or entity to resolve the crisis in the Northwest and Southwest regions”, begins the statement signed by the minister of Information, René Sadi.

In this sense, Sadi recalled that it is up to the Cameroonians, the institutions and their freely elected leaders, “to seek the appropriate ways and means” to address the problems facing the country and has given the established national dialogue as an example of this in Yaoundé since 2019.

However, the Cameroonian authorities have wanted to thank “friendly countries” and international institutions for the interest they have shown in this conflict and have encouraged them to continue sending their support in different areas.

“The Government urges friendly countries to track down and bring to justice those who are financing and spurring violence in our country from abroad,” says the statement in which the United States is thanked for the actions it has carried out. to date to return those who perpetrate these acts.

Last week, the Canadian Ministry of Foreign Affairs published a note thanking it for having been chosen by the parties to the conflict to “facilitate” the negotiation process.

The English-speaking regions of Cameroon — Northwest and Southwest — have been rocked by conflict following the repression of separatist movements after Ambazonia’s self-proclamation of independence on October 1, 2017.

The previous year, this area -once part of the British colonies in Africa but which decided to join French Cameroon- was the scene of peaceful protests to demand greater autonomy or independence arguing discrimination by the central authorities, also in language issues.

Since then, armed groups have proliferated and support for the separatists, until then quite marginal, has grown. The Government has responded with a harsh repression, during which Human Rights organizations have accused the security forces of committing atrocities. 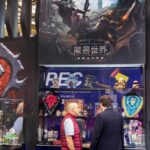