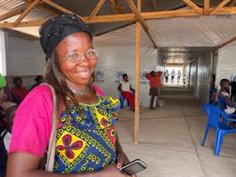 The Front for the Liberation of the Enclave of Cabinda (FLEC) has demanded this Thursday the holding of a summit in which to analyze the possibility of holding a self-determination referendum in the exclave of the homonymous Angolan province before the elections scheduled for the 24th of August.

The general secretary of the FLEC, Jacinto António Télica, has asked the States that are part of the International Conference on the Great Lakes Region (ICGLR) to organize “urgently” a regional summit in Kampala, the capital of Uganda, to analyze the possibility of holding a referendum before general elections are held in Angola on August 24.

“This regional summit will aim to discuss the modalities of organizing a self-determination referendum in the territory of Cabinda, and to put an end to the Angolan military occupation,” explains Telica in a statement.

For this reason, the FLEC, as well as the Armed Forces of Cabinda (FAC), urge the presidents of Uganda, Yoweri Museveni; from the Republic of the Congo; Denis Sassou-Nguesso; and from Rwanda, Paul Kagame; “to act quickly on the issue of the self-determination referendum in Cabinda”.

“Cabinda is the last colony in Africa, which is a shame for our continent,” Telica protested in a statement recalling that the independence of this still Angolan province in Kampala was already unilaterally proclaimed in 1976, twelve years later. as the predecessor of the African Union (AU), recognized Cabinda as the thirty-ninth African state.

The Angolan province of Cabinda, where most of the country’s oil reserves are concentrated, is an exclave that does not share a border with the rest of the Angolan territory. Local leaders in the region, which includes the former kingdoms of Kakongo, Loango and N’Goyo, have defended their independence since the country ceased to be a Portuguese colony.

The FLEC fights for the independence of that province alleging that the exclave was a Portuguese protectorate, as established in the Treaty of Simulambuco, signed in 1885, and not an integral part of the rest of the Angolan territory.