There is optimism in the Eurozone after a semester of not so positive results. Although commercial activity in general unexpectedly returned to growth in January, after six months of contraction, in France, the second largest economy in Europe, the recent data are worse than those registered in December. Germany, the continent’s leading economy, traced the numbers it registered in the last month of 2022, while the United Kingdom, which does not share the euro as its currency, fears falling into recession.

A breather after a turbulent semester. The first month of 2023 came with good news for several European countries. In the Purchasing Managers Composite Index (PMI), the eurozone surprisingly returned to modest growth in January, compared to December 2022 data.

The PMI index rose to 50.2 points this month, from 49.3 in December. January was the first time the index was above the 50 mark, which separates growth from economic contraction.

The data even exceeded the average forecast carried out by a survey by the Reuters news agency, which placed it at 49.8 for January this year, which gives optimism to the bloc that shares the euro as a currency, where it is already rumored that the recession may hit some countries less hard.

However, if the results are evaluated by country, it can be seen that the two main economies in Europe did not fare as well, or simply had modest growth.

France did not advance and the index for January was 49 points compared to 49.1 in December. On this scale, it accumulates results of manufacturing activity, factory activity, the new business index and even the employment index, among many others.

Germany, the main economy in Europe, had good data and surpassed the December score by seven tenths (49 points), reaching 49.7 points in January of this year.

In the case of the United Kingdom, a country that does not share the euro as its currency, there is already talk of a harder blow from the recession that is coming. Data for January fell from December’s 49-point composite PMI to the 47.8 points for its business activity collected in January.

With a scenario of high inflation and a slow economic recovery after the scandals of the mini budget of the former Prime Minister Liz Truss, financial markets expect the Central Bank to raise British rates to 4% from 3.5% in the last week of January, with the aim of discouraging consumption and lowering inflation to double digits (10.5% year-on-year in December), and recovering from the CPI for October, which reached a historic 11.1% year-on-year. 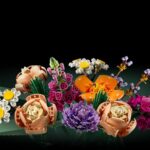